“Everything will be reyt”, says Owls boss Carvalhal 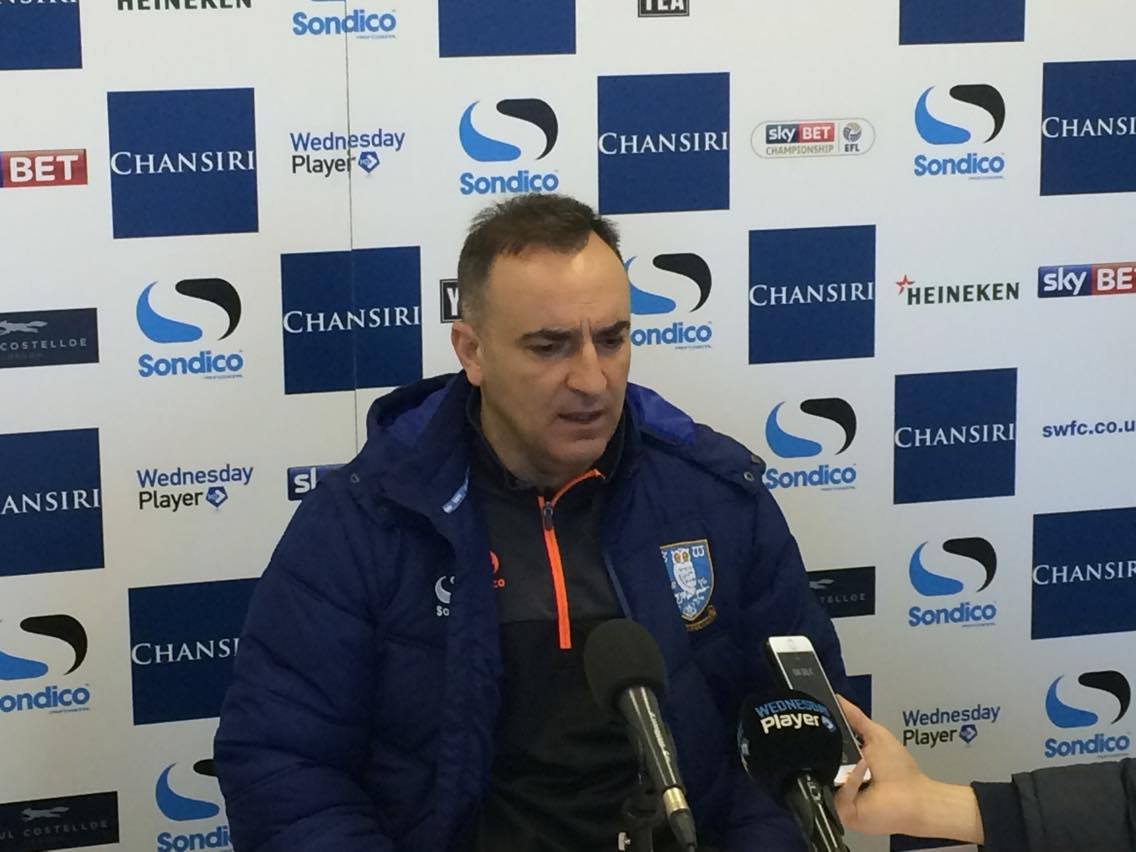 Sheffield Wednesday manager Carlos Carvalhal believes “everything will be reyt” for his team as the Championship promotion race nears boiling point.

After four victories on the bounce, Wednesday have suffered a slight dip in form of late, which has seen them lose their last two games to Leeds and Brentford.

The 51-year-old believes his team are favourites for the fixture against Norwich City, but they will need the support of the fans in order to win.

In a press conference this afternoon, he said:

“We are achieving points but we know we can do better. I am very optimistic about the game on Saturday.”

“We have had a good week to prepare, we are playing at home and will need the help of everybody at Hillsborough.”

Carvalhal also confirmed that Wednesday will be without defender Tom Lees this weekend, who has been struggling with a knee injury since January.

Lees is not set to return for a few weeks yet, but is said to be making good progress in his recovery.

At the press conference, the Owls boss was keen to support newly recruited striker Jordan Rhodes, who he signed on-loan from Middlesbrough at the start of last month.

The 27-year-old, who will be at Hillsborough until the end of the season, has only scored one goal for the club so far, and hasn’t lived up to his high expectations.

“He is completely exhausted, he has played 5 games in 15 days”

“Playing is one thing training is another, he will do better in the future. After the next game you will understand.”