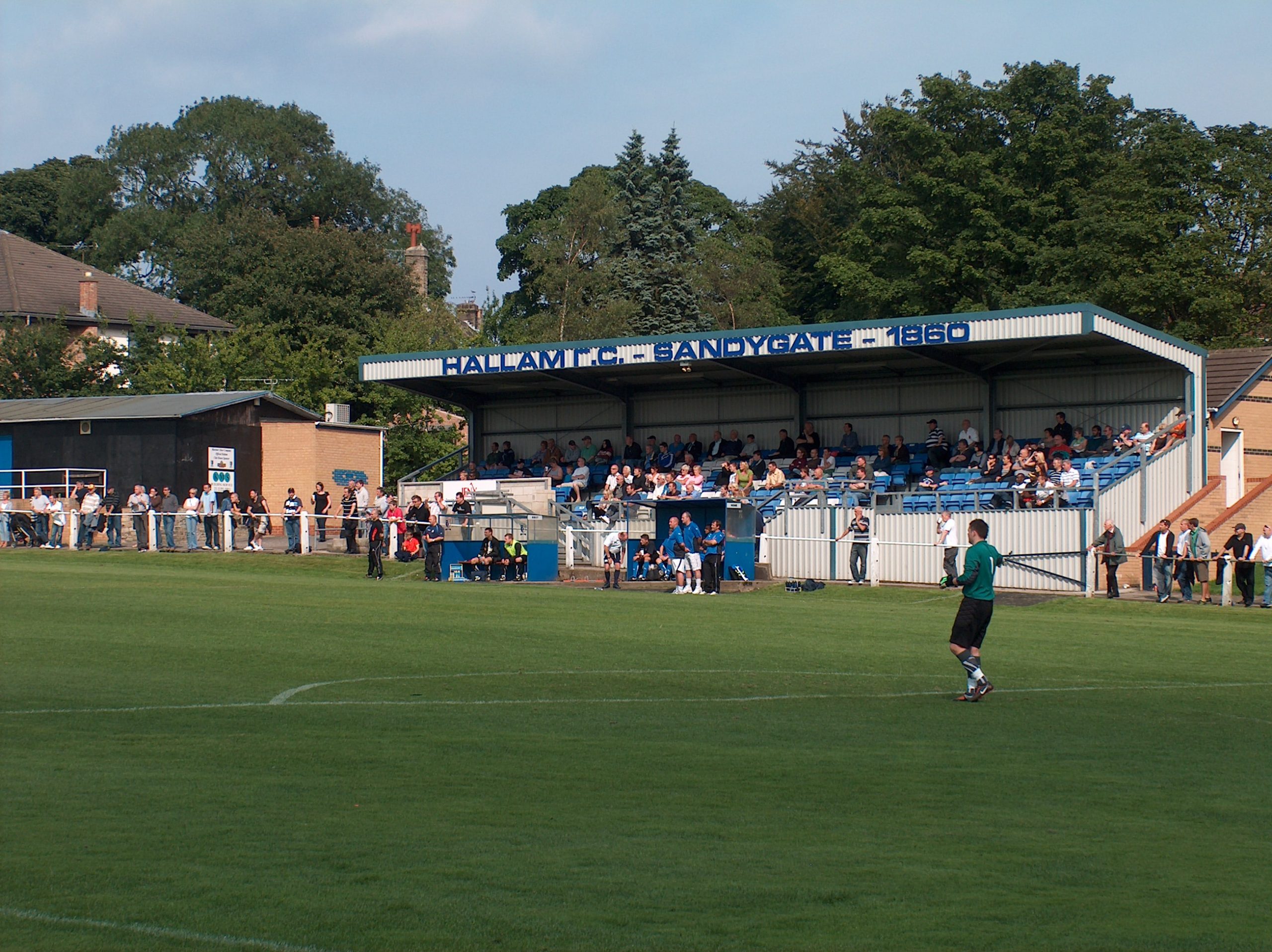 Hallam FC manager Ryan Hindley believes that the fans are responsible for making the club ‘a household name in Sheffield again’.

With eight league games left in the season, promotion is very much still on the cards for the Sheffield club, who were relegation fodder just a few years ago.

Everything changed for the club when Ryan Hindley was appointed as the manager in 2014.

They now sit in 5th place in the Northern Counties East League Division One, and are likely to land a play-off spot at the end of the season.

“It’s been a great journey and one that I’d like to end with promotion and a cup final.”

“It’s football, anything can happen.With the players that we have we are more than capable of getting promotion.”

Hindley has dedicated a large majority of his team’s success to the support of the fans, and the recently established Hallam Ultras supporters group.

He said: “Sandygate has become a bit of a fortress. The fans are enjoying us and we’re enjoying them.”

Hindley believes the highlight of the season so far was when Hallam hosted Morpeth Town in an FA Vase fixture.

“To fill the stadium that day was testament to how far the club has come and how far I have brought it as a manager.”

Hallam’s attendance rate is up by 70% from last year, and they are in the top five for average attendances in their league.