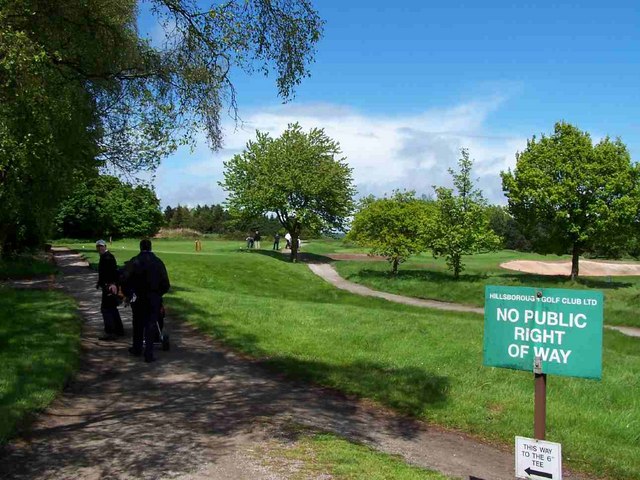 Revolutionary proposals to change the game of golf have been met with mixed views by members of Hillsborough Golf Club.

Players will have just 40 seconds to take their shot to try and speed up the game and to reduce the time it takes to complete a round.

There will now be a six-month consultation period where all golfers at every level can provide feedback to the sport’s governing bodies.

Alan Prigmore, 67, a member at Hillsborough said: “Golf’s problem is that it is too exclusive. I pay £1200 membership, £400 on a set of clubs and then a round fee once a week. It is simply too expensive for younger people. These changes can only be a good thing.”

The sport has often been criticised for being too slow and unwatchable on television. Among the new rules is a law that bans caddies from lining up players as they prepare to hit and reducing the time allowed to search for a missing ball from five to three minutes.

Brian Marshall, 66, plays twice a week at Hillsborough Golf Club, he believes the rules will impact upon the professional game but not at amateur level.

He said: “It isn’t going to make a blind bit of difference to the likes of us. When I was out playing this morning we had to wait five minutes on each of the first four holes because of the group ahead of us.”

John Stewart, 48, is in favour of the changes but hopes that golf does not go down the same path as commercialised sports such as Snooker and Darts.

“I hope it doesn’t become an armchair game. Golf appeals to people like me for a reason, I don’t want to see it go the same way as the darts on TV where you have a noisy drunken crowd.”

If the proposals go ahead, the new rules are scheduled to be implemented by 2019.