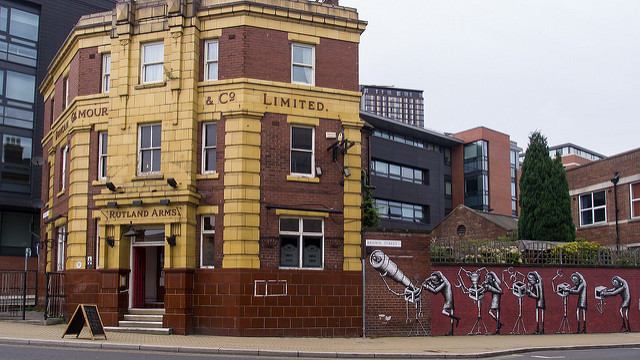 The price of a pint in Sheffield could soar as government plans to increase business rates may result in last orders for community pubs.

Gill Furniss, MP for Hillsborough and Brightside, has spoken out in criticism of the plans that would see rates equal 50% of the rental value of the property.

If these plans go ahead, it could allow Westminster to collect £26 billion in revenue.

Ms Furniss said: “Pubs play an important social and economic role in our local communities- both as a hub for the community but also employing over 850,000 people across the country.

“However, it is the looming business rates re-evaluations that are threatening the livelihoods of pub owners.

“The business rates evaluations set to kick in on April 1st will see pubs paying some £421 million extra in tax which will also undoubtedly lead to a rise in prices for pub goers. “

There has been a substantial public outcry from business owners and pub campaigners as well as Tory backbenchers.

Kate Major, Chairman of the Campaign for Real Ale in Sheffield and the new licensee of The Rutland Arms said: “For CAMRA as a consumer organisation, we don’t want people to have to pay more for a pint than they would otherwise have had to.

“To land us with rates that can be twice as high is unfair. When the price of breweries producing and transporting their beer is increasing, it feels that more is being put onto the price of a pint.

“It could lead to an increase in pub closures.”

The British Beer and Pub Association have written to Business Secretary Sajid Javid MP asking for a consideration to be taken for pubs in the Budget on March 8th, allowing them to continue serving the community.