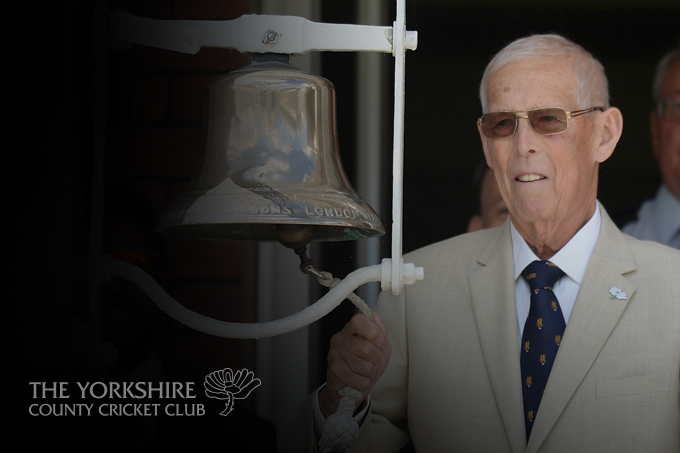 Prominent faces of cricket have been paying tribute to former England and Yorkshire batsman, John Hampshire, who died yesterday aged 76.

He made his debut for Yorkshire in 1961 and went on to captain a team which won the County Championship five times.

Eager to stay in the game, he was appointed as the new President of Yorkshire County Cricket Club in 2016, and held the position until his death.

John also represented England in the test arena, and made 403 test match runs in eight games.

On a more local level, John was once the captain of Rotherham Town Cricket Club.

A statement from Yorkshire Cricket Club said: “He passed away peacefully at home and surrounded by his family after a long illness”.

Tributes have been made by famous cricketers and fans alike.

Absolutely gutted to hear that John Hampshire has passed. A fantastic player and true gentleman. Rest In Peace John, you shall be missed!

So sad to hear of the passing of John Hampshire.....my first roomy in NZ....RIP

Awfully sad news hearing the passing of John Hampshire. A truly great man who did so much for our great game. Will be sorely missed! #RIP pic.twitter.com/nP1GLN3Sfk

Very sad news re John Hampshire. A real gent of of a man who loved the game & was respected by all who were lucky enough to know him.

A great loss to cricket, RIP John Hampshire. The cricket fraternity is going to miss you.

Very sad to hear that John Hampshire has passed away. One of the great cricket men. Steeped in the game . A real gent and great fun

A book of condolences will be opened at the Headingly ticket office from 3rd of March until March 18th for members and supporters to leave their own tributes.