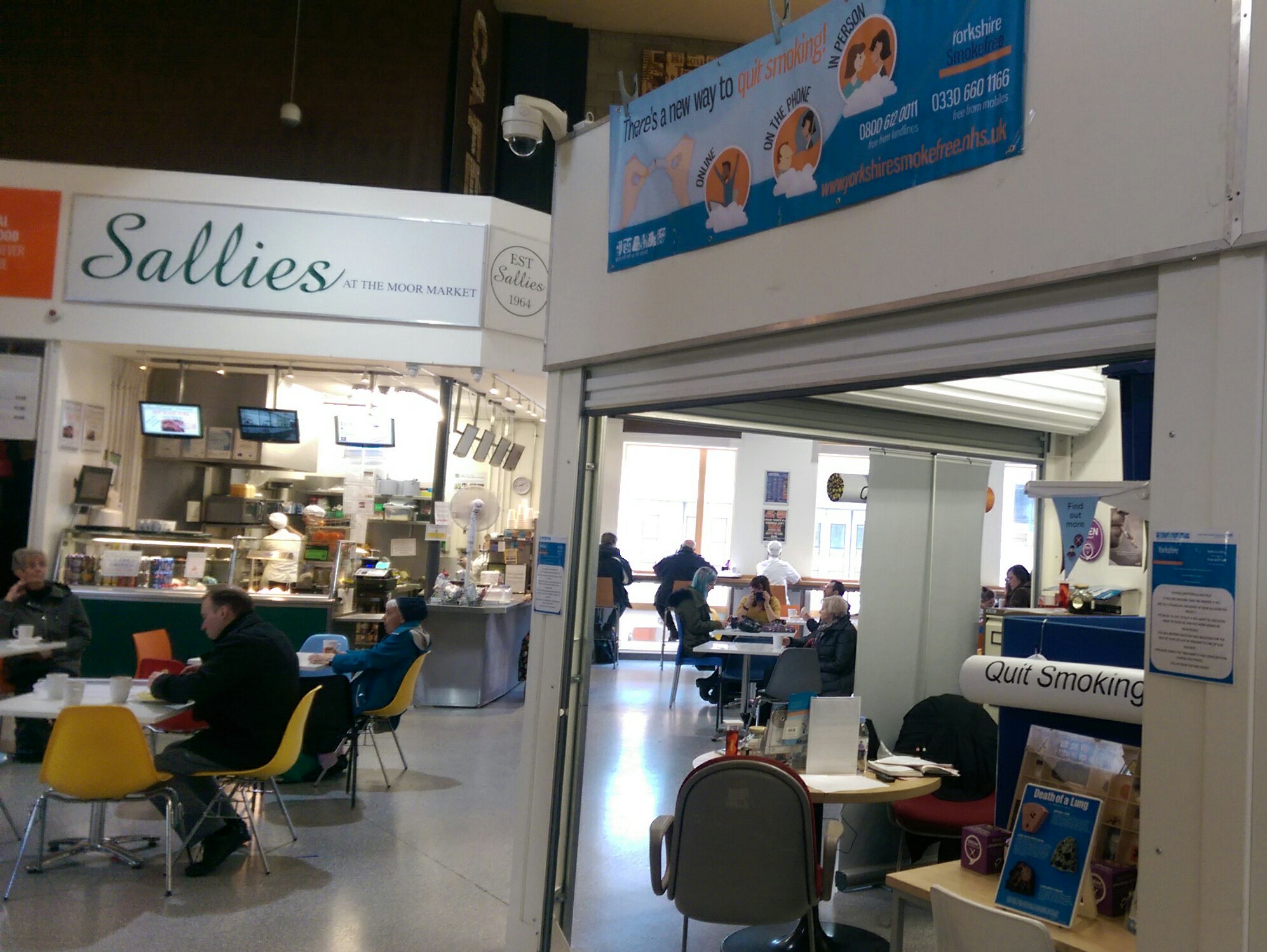 People benefited from a counselling session down at the Moor Market, NHS National Trust set up a stall specifically dedicate to give smokers advice.

While many were unaware of the existence and the purpose of the day, Anthony Marsh, 74, one of the stop-smoking advisor at the stall was still happy with the number of visitors that came for help that day.

“I’ve had a couple of people coming down here today, some of them were hardcore smokers, people who don’t see any reason to quit and say it’s too late for them. But no matter how old you are it’s never too late to quit,” Mr Marsh said.

He also believes that Sheffield is one of the worst cities in Britain for smokers because of the high number of manual workers and he also thinks it has been part of the city’s culture.

The idea of the day is backed by Sheffield City Council and the ASH (Action on Smoking on Health) charity.

While about 82% of the population of Sheffield no longer smoke, it still causes the most deaths around the city, claiming the lives of around 16 people a week, councillor Mary Lea, cabinet member for culture, sport and leisure, said.

“It’s always a good time to quit. But with the renewed focus today on the cost of tobacco and with taxes expected to rise, it’s an ideal opportunity for people to consider the impact of smoking on their health and their bank balance,” she added.

As well as the detriment to health, smoking is also particularly costly. Quitting could save one a substantial amount of money, like a box of 20 cigarettes is sold for between 8-10 pounds, and the average smoker goes through 15 to 20 cigarettes per day.