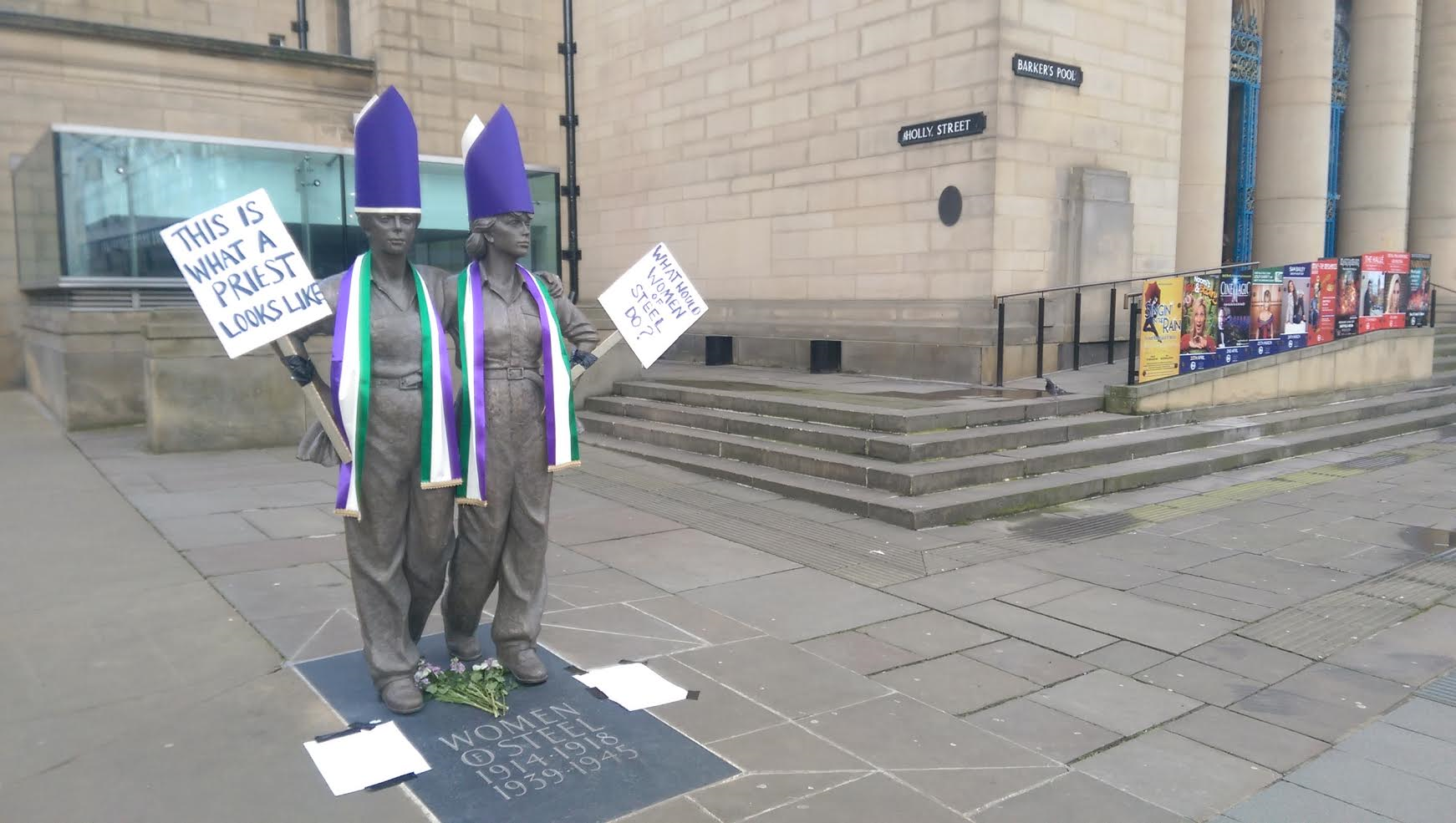 Campaigns against the new Bishop, who has made controversial remarks about women, has attracted dozens of new supporters following a protest on International Women’s Day.
Philip North, the newly appointed Bishop of Sheffield has voiced his objection to females being members of the clergy.
Protesters have presented their opposition to the new bishop in a surprising way. Sheffield activists dressed the Women of Steel monument in Sheffield City centre as bishops in protest of Mr North being appointed the head of the Church in Sheffield.
The protesters taped placards to the statue that said “This is what a priest looks like” and “What would the women of steel do.”
Reverend Fleur Green, who coordinated a letter in support of Philip North, said: “There is a distinction between the fact he won’t ordain women and not supporting women.”
Reverend Green put across her support of the appointed bishop by commenting on his work that he did to ensure both men and women could work together.
The Reverend also said: “I do know in his Parish in London that he [the newly appointed bishop] had worked with at least 5 women ordains.”
Despite this, protest and feminist active groups in Sheffield had different opinions. Natasha Watmore, a feminist activist in Sheffield said: “Just because he’s worked with females within the church it doesn’t mean his opinions aren’t sexist, the people of Sheffield will not stand for it.”
Philip North is planned to take his position later this year, although many locals to Sheffield have also voiced their disagreement to his views and opinions.
Dean Lowery, 42 said: “Those kinds of comments in this day and age just aren’t acceptable, it’s the 21st century, women can be whatever they want to be.”