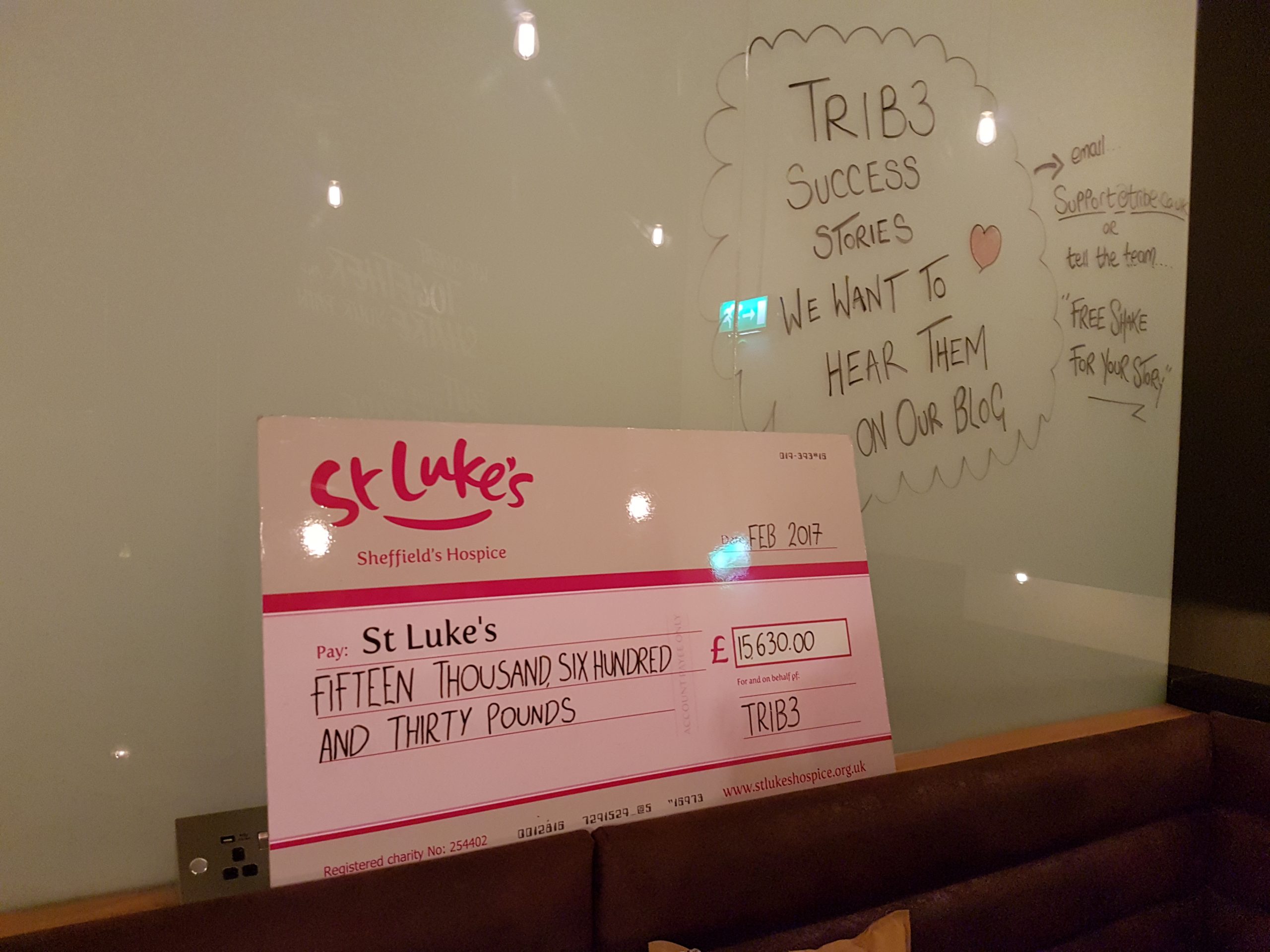 Making their name as the newest kind of gym, calling it a ‘fitness boutique’, TRIB3 managed to raise a total of £15,630 for the hospice.

The name TRIB3 came from the treadmill, resistance, intensity used during the workouts and there are three zones to it, all thrown together in one tough workout.

Lauren Saltfleet, a master trainer at TRIB3 said that the challenge was to complete 28 workouts across 28 days during February.

The decision was made by a member of TRIB3, Tearle Phelan, who wanted to support the charity as a result of his Grandmother’s death.

He said: “I needed to get in shape, and this gave me the idea of people sponsoring me.”

“They could take part too, and raise money at the same time. I spoke to TRIB3 and they were really up for it!”

TRIB3 offered 28 fitness sessions for £40 and could be completed at any of TRIB3’s three Sheffield sites in Ecclesall Road, Krynkl at Shalesmoor or The Source at Meadowhall.

Lauren said that the reason for the success was the community feeling of TRIB3.

She said: “We basically are one big family. Everyone is friends outside of the TRIB3 as well, and I think because of this, everyone just pushed each other to do it!”

Corporate Fundraising Manager of St. Lukes, Jack Kidder said: “The level of commitment TRIB3 clients have shown to the challenge has been truly inspiring”.

TRIB3 is the only fitness boutique of it’s kind in the north and is branching out to Manchester in the upcoming months.

The dedication to finish the challenge was a team effort. On Friday before the challenge finished, there was a group session was all of the participants came together for one final blast.

With this new style of fitness studio making a name for themselves by raising such significant amount of money, the trend is definitely going to catch on for all gym’s in the north.