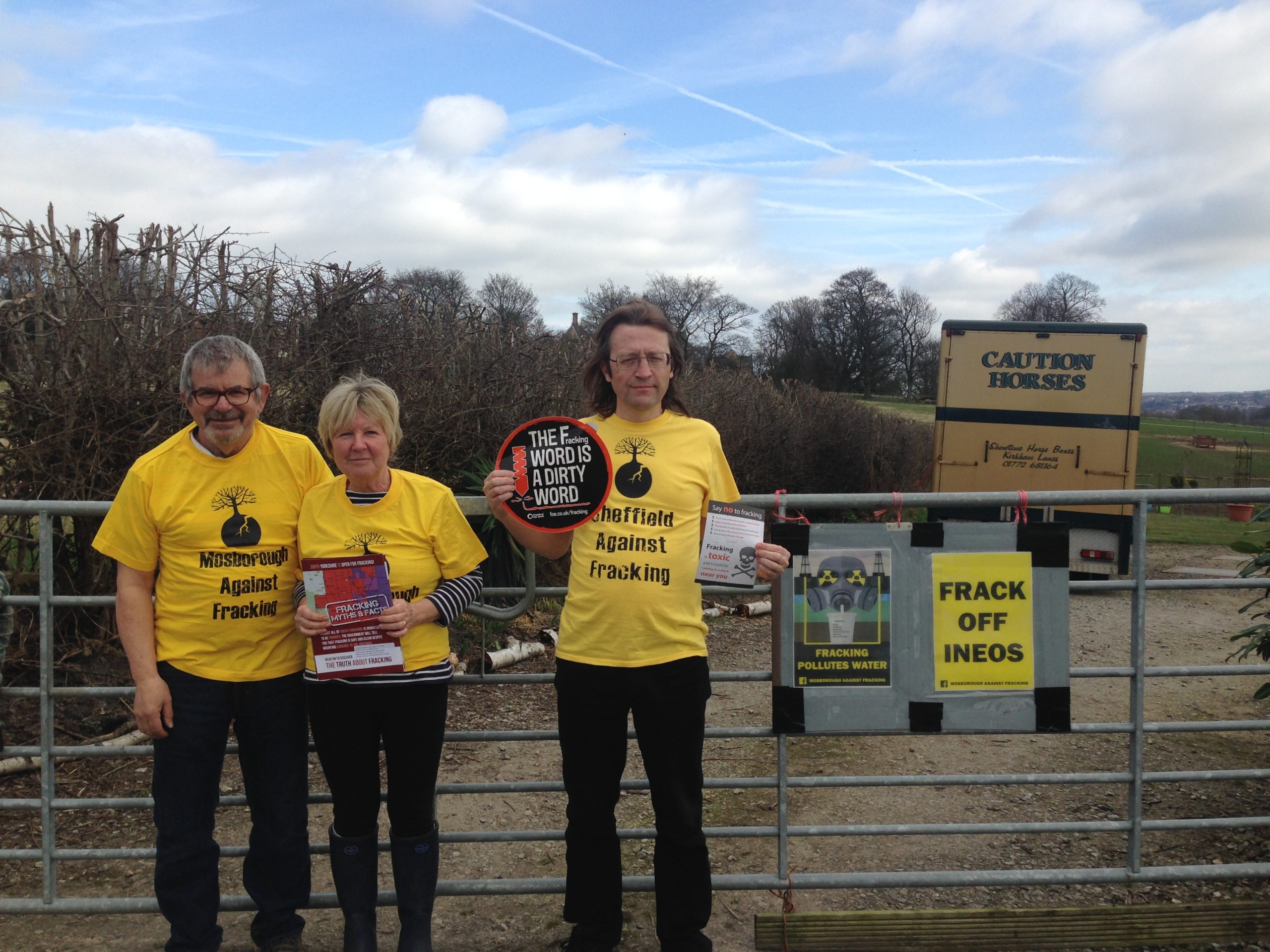 The ‘Mosborough against fracking’ group has raised concerns today over fracking taking place in Sheffield in the near future.

Ineos, an oil and gas company are planning on submitting an application to start seismic testing in Eckington by the end of April.

Alan Finney a member of the group, got involved after he was approached by a land agent to ask if they could carry out seismic testing in his field, he raised concerns over the potential impact fracking could have on local residents.

He said: “The environmental impact on our community, if fracking is approved, will be irreversible and huge. Hundreds of trucks a day will be travelling on rural and town roads bringing aggregates and water. Our highways are already congested and many are in disrepair.”

Although no areas of Mosborough have been selected for fracking, the group claims people in the area have been approached to allow seismic testing to be carried out.

He added: “Any leakage of methane from wells is more damaging than carbon dioxide as a greenhouse gas. In the first two decades after its release, it is 84 times more potent. All leakage from wells either by spillage or by being released into the atmosphere will have an adverse effect on our health and climate.”

So far only one well has been fracked in the UK. Preese Hall in Lancashire was fracked in 2011 but has been blamed by many for causing two minor earthquakes in the area later that year.

A site in Eckington which is on the Sheffield/Derbyshire boarder previously had a well drilled twenty years ago, and now Ineos want to start testing in the area again.

Ineos say they have identified a site which is liable in producing gas after collecting “sufficient data” at the site in Eckington.

They have also responded to concerns of residents and in particular anti-fracking groups such as Mosborough against fracking. Peter Reilly, communications manager for Ineos shale, said:”The whole point of the planning system is to minimise the impacts. All risks and issues have been addressed in the planning application.”

Phil Daly a member of Sheffield against fracking will be hosting a presentation at The Queen pub in Mosborough next Tuesday to inform residents on the dangers of fracking.