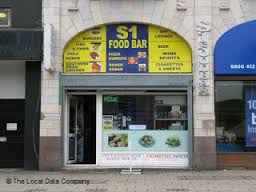 A fast food takeaway in Sheffield city centre has been temporarily closed for persistent antisocial behaviour issues and drug dealing.

The closure order for S1 Food Bar takeaway, in Fitzalan Square, was granted by Sheffield magistrates following an application made by South Yorkshire Police.

The fast food shop had its licence to sell alcohol and provide ‘late night refreshments’ revoked by Sheffield City Council on March 21st.

This will prevent it from conducting any licensable activity in the future.

Before the closure, the takeaway was awarded a Food Hygiene rating of 1, with little confidence in the management.

Councillor Jayne Dunn, from Sheffield City Council, said: “This is another good example of the council and police working together to tackle crime and anti-social behaviour in our city.

“Prosecutions such as this will help make the city centre a safe place for people to enjoy.”

A trainee journalist at the University of Sheffield was assaulted and offered drugs in front of the S1 Food Bar.

Danny Hall almost had his phone stolen after he was offered drugs outside the takeaway two weeks ago.

After he refused the drugs he was told to immediately leave the area.

PC Paul Briggs and PC Freddie Le-Billion Payne, said: “This takeaway was a persistent problem in Fitzalan Square and we were receiving and responding to numerous reports regarding potential criminality and antisocial behaviour.

“We are continuing to work hard alongside our partners to improve the Fitzalan Square area and I hope this shows that if you have any concerns about that area, we will listen to you and we will act upon those concerns with the powers we have at our disposal.

“We want to make sure that the area is a safe and useable space for everyone to enjoy.”