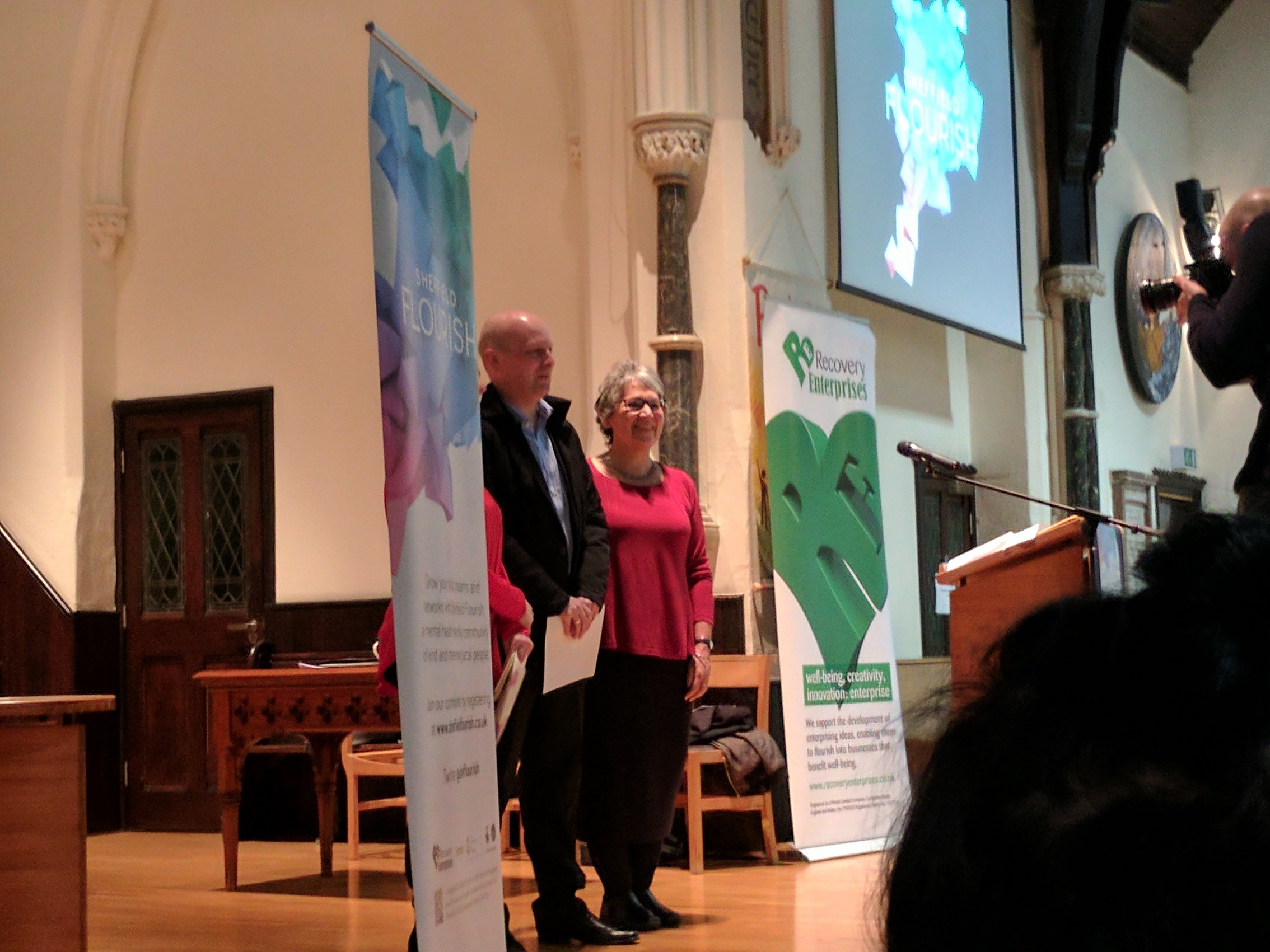 An idea to create a support network for volunteer carers has won first place in a competition held by Sheffield Flourish.

The organisation awarded Jim Millns first place in the prize giving ceremony that was held yesterday at the Victoria Centre, Sheffield.

His submission stemmed from an idea to create a system whereby volunteers who care for those with mental health conditions can communicate and support one another.

Judges said the concept addressed the important issue of the lack of substantial support for carers of people living with mental health vulnerabilities.

Mr Millns took home the £100 cash prize and four runners up took away £50 each.

Pam Stirling, a Sheffield Flourish Board Director, said Mr Millns’s idea was heartfelt, honest and was a real possibility for the city.

The competition, organised by Sheffield Flourish, aimed to source ideas on how to improve the lives of those living with mental health conditions.

However submissions were only considered from those who live with and support those living a mental health issue.

Entries were judged on three criteria: to be imaginative, realistic and meaningful to the people in the city. The organisation received 26 ideas in total.

Roz Davies, Managing Director of Sheffield Flourish, said: “We found that we were talking to people, almost on a daily basis who had really great ideas on how to do things differently.

“We all know that times are increasingly difficult for people who are either using or delivering mental health services in this city and beyond.

“So we decided to do our own take on crowd sourcing good ideas and to shine a light on mental health in the city.”

First runner up Chris Blackmore said he was surprised and humbled to have his idea given such merit.

His submission, entitled the Wall of Gratitude, proposed the idea that members of Sheffield could express either on a physical wall or a digital website all of the things they were grateful for.

He said that we can do more as a community to help those suffering from a mental health condition by supporting those who we know have a condition rather than letting somebody else to do it.

The one winner and four running up ideas will be published on the Sheffield Flourish website.