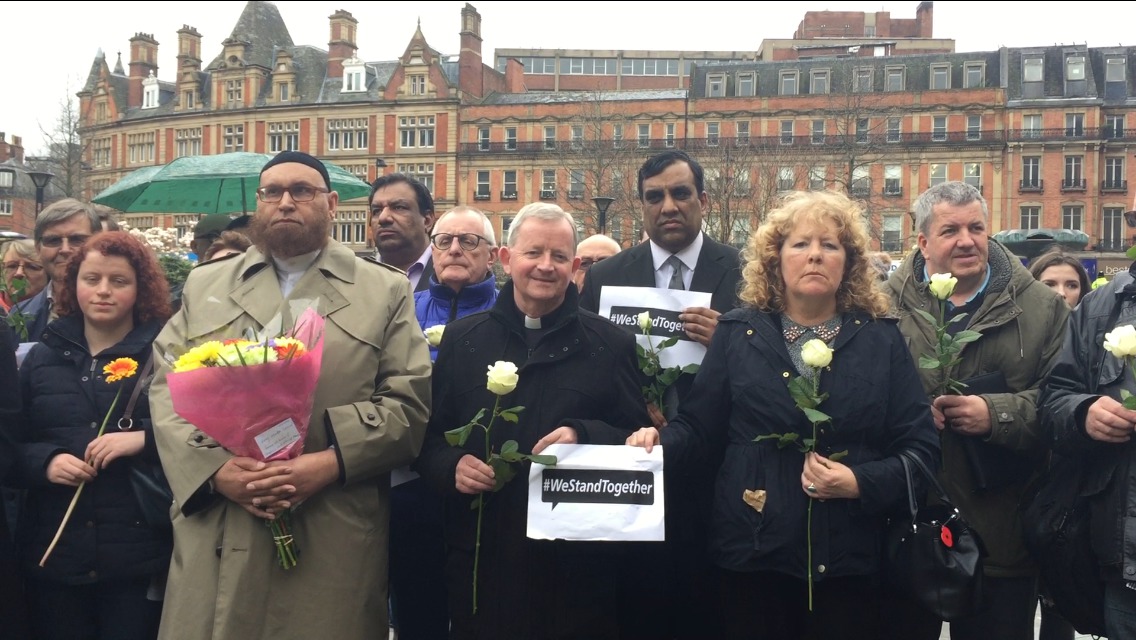 Victims of the terror attack in Westminster last Wednesday have been remembered in a poignant ceremony in Sheffield’s Peace Gardens.

After a minute’s silence, Chief Constable Watson joined the Lord Mayor of Sheffield, Councillor Denise Fox, and the Lord-Lieutenant of South Yorkshire Andrew Coombe in laying wreaths before giving a speech.

“This is a sombre moment for us all as we remember and pay tribute to the four innocent lives that were so tragically and cruelly taken last Wednesday,” he said.

“Our thoughts and prayers are with the families who have lost loved ones and also with those many people who have suffered serious injury.

Imam Sheikh Mohammed Ismail, of the Sheffield Federation of Mosques, expressed his sympathies with those who died, but also sent a message out to terrorists who he called “our common enemy”.

He said: “You will never succeed in dividing us.

“We are one proud nation and God created us differently. Therefore, we respect each other, we love each other and we stand with each other.”

This echoed the hashtag on the posters many people at the ceremony were holding: #WeStandTogether – which has been used on social media across the country since the attack in a show of defiance against terror.

Another group of people held a large banner with “Love for all; hatred for none” emblazoned across it.

In a speech Abdul Kadir Gooljar, who runs the work of the Islamic Society of Britain in Sheffield, also addressed Islamist terrorists.

He said: “What you are doing is against your faith. You don’t represent this faith of peace, of justice, of love.”

Reverend Canon Christopher Burke from Sheffield Cathedral was the last to speak.

He said the events in Westminster remind us of how some people “try to create division, create terror, uncertainty and hopelessness.

“The events of the last few days have reminded us of how communities can stand together and can celebrate the bridges that we have between those of different faiths, cultures and understandings.

“But we are one people together who are able to express love, reconciliation and peace even in the face of terror.”

Most in attendance carried a single flower as a sign of unity and laid them alongside the wreaths at the end of the ceremony.