Sheffield Wednesday announce that next seasons kit was designed by fan 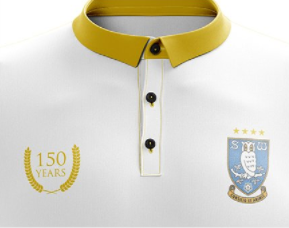 Sheffield Wednesday have revealed their new third kit was designed by a fan who won a club competition.

To celebrate the club’s 150th anniversary, fans were asked to send in their design ideas for the 2017/18 third kit, which will be dedicated to the landmark.

Hundreds entered the competition and after much deliberation, the winner was announced on the club’s Twitter.

The 27-year-old web designer said: “It was just weird seeing people like that, who you watch on TV everyday, commented on it.

“It’s good to be associated with such a special anniversary, as the kit is going to go down in club history.”

Karl, who is a life-long Wednesday fan, designed the kit on his dinner break using Adobe Photoshop.