Sheffield Steelers star Mathieu Roy says the team have “their eyes on the cup” ahead of this weekend’s crunch quarter-final tie.

The Steelers have the chance to progress to the last four of the Elite League when they face Nottingham Panthers this weekend and confidence is high following two consecutive wins for the team.

The competition represents a final opportunity to finish the season with silverware following the disappointment of this month’s Challenge Cup Final defeat to Cardiff Devils.

Standing in the way are the Nottingham Panthers who finished 15 points behind the Steelers in the Elite League standings that concluded earlier this year.

Just last Friday the two teams met at the National Ice Centre in Nottingham where the Steelers enjoyed a 3-2 victory.

The Steelers must take on the Panthers without key man Mike Ratchuk who was forced to end his season early when he had hand surgery last week.

Despite losing an integral part of the side, winger Roy says the strength in depth the team has will get them over the line this weekend.

Roy said: “Injuries are part of the game in hockey but I think the guys are stepping up for each other”

“I know Mike is a big part of us on the defensive side and he’s a good offensive player but we’ve got Roddy here and all the guys are stepping up and that’s what a team is for.”

The first of the two games take place on Saturday in Nottingham before the return fixture kicks off at Sheffield Arena on Sunday evening.

Tickets are on still on sale and are available at https://sheffieldsteelers.co.uk/game-day-tickets/ or from the Box Office at the Arena.

Watch below to see the Steelers training and hear more from Mathieu Roy: 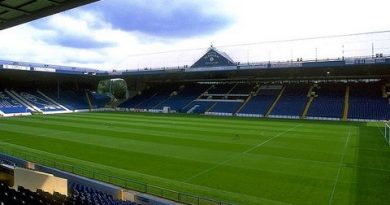