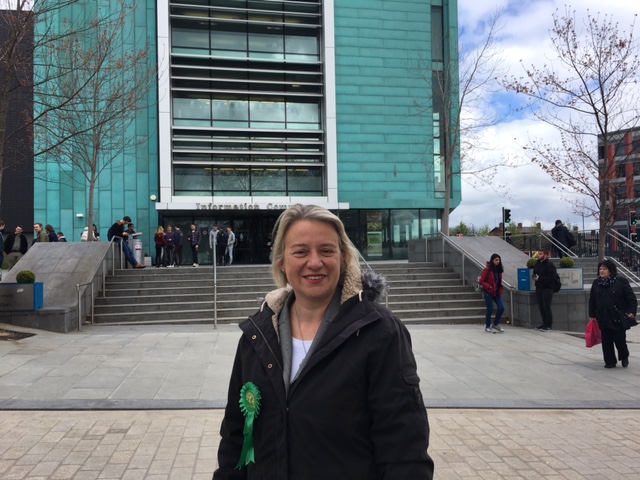 The snap elections are taking off as the parties take it to the streets to campaign and convince voters.

Even though the parties are working on their official manifestos, for Sheffield Central, Natalie Bennett from the Green Party has publicly announced her campaign pledges to the students at the University of Sheffield.

In an interview Bennett said: “What I’m standing for is I will say proudly and loudly as I did through the referendum campaign, I celebrate free movement within the EU, that enriches all of our lives and enriches our communities”.

Bennett said: “I was talking to a student from Sheffield Hallam’s politics society and he was saying that he’s about to go on an ERASMUS scholarship and he already feels like that’s something lesser. Perhaps in a couple of years, students won’t be able to do that. And if they do, the chances of meeting someone and staying longer, all of that would be more difficult, the freedoms their parents and grandparents enjoyed will be lost”.

Horizon 2020, which is the biggest EU research and innovation programme, has provided about £2 billion worth of funds to universities in the UK.

The Leave Campaign promised that recipients of EU funding would continue to receive “equally generous” funding.

Click the link below to check out the full list of the candidates running in South Yorkshire: