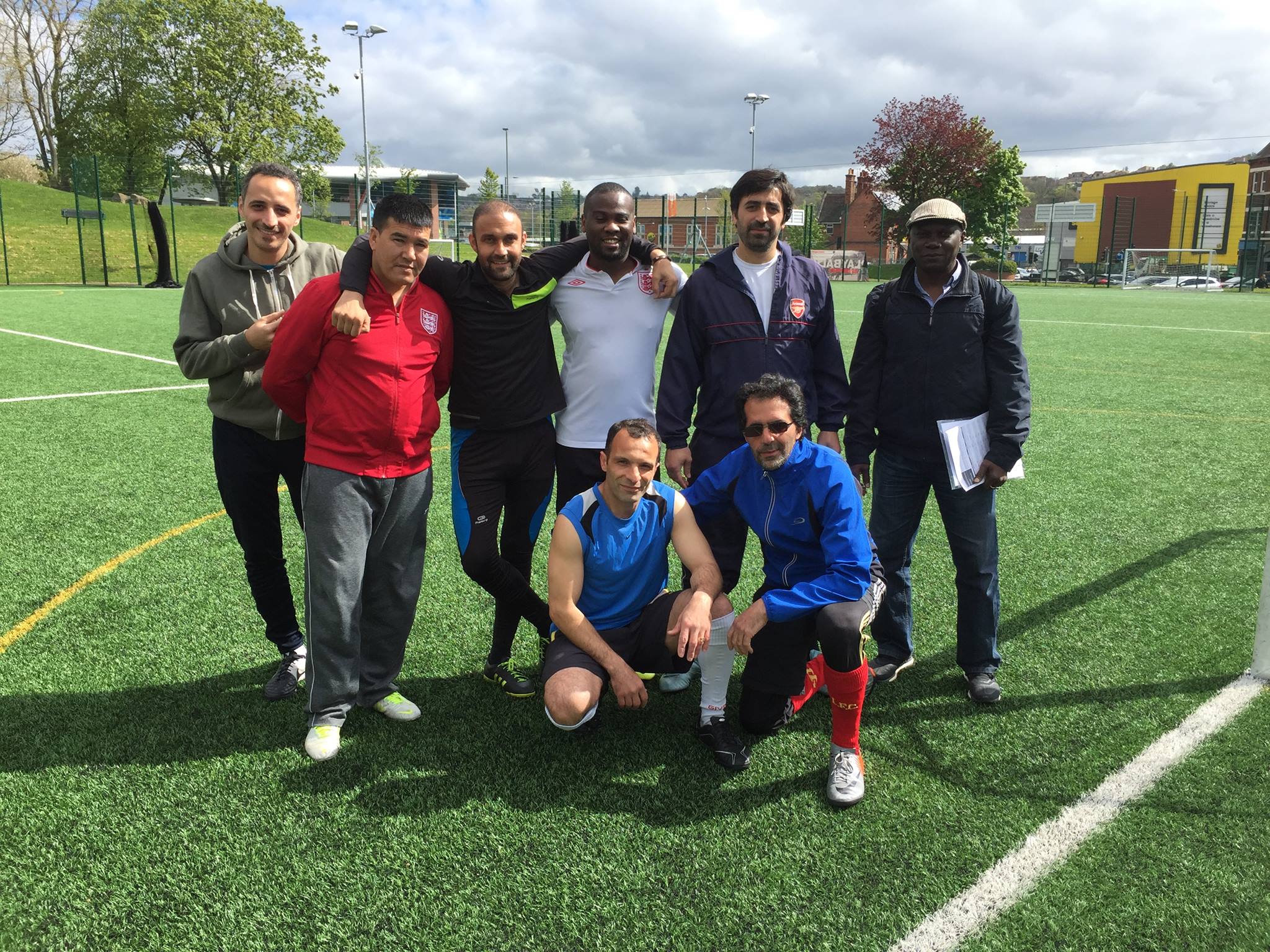 27 April 2017
Football brought the international community of Sheffield together as refugees kick off friendly games each week to fight racism.

On the football pitch, there were men from all over the world but the only outcries were from joy and disappointment when a goal was scored.

Hooman Taghyibikzadehbann, 40, settled down in the UK after being forced to leave Iran 17 years ago because of political unrest. He is now a personal trainer and a taxi driver.

“[These friendly football games] are about the people who are ‘newcomers’. It brings the community together. ‘Newcomers’ didn’t know anybody in Sheffield. We make them come out the house to socialise. This is what this is about, bringing people out.”

Football Unites Racism Divides is an organisation based in Sharrow which aim is to help the integration of asylum seekers in Sheffield thanks to football.

Dr Chris Stone, lead researcher for FURD, explained in his ground-breaking study that “football might help asylum seekers gain a sense of belonging and feel more welcome within the city.”

Drop-in sessions are supervised by Dr Stone but the football games are coordinated by asylum seekers themselves on Wednesdays and Thursdays at the U-Mix centre on Asline Road.

The main coordinator, Victor Mujakachi, 56, has lived in the UK for 14 years but has been an asylum seeker only for seven. He was studying in London as Zimbabwe entered a state of political unrest. Trapped, he then was sent to Sheffield as an asylum seeker.

In partnership with FURD, Sheffield United Football Club encouraged him to become a referee and officiate during genuine football games. He only needs to pass his practical exam now.

He said: “I’ve made more friends in Sheffield than I’ll ever make elsewhere, this is a very welcoming city. This is why I suppose this is the first city of sanctuary.”

Although racism against asylum seekers stays a problem in the UK, Famara Nahimana, 51, from Rwanda, said that he never suffered from racism in Sheffield.

“I think sometimes the word racism is used wrongfully. People who come to this country and do not respect the British culture call British people racist wrongly. I only use the word racist when someone verbally abuses me and hurts me.

Even if the scheme targets refugees and asylum seekers, these drop-in sessions are ‘open to anyone’ said Wongani Samuel Ng’uni.

The 30-year-old from Harrogate arrived in the UK when he was 14 as his mum had to leave Zambia for a job opportunity.

“It’s really integrated and it’s a laugh. It’s something to keep you busy and it’s recreation but it’s also exercise which is important. We used to have British lads coming too so it’s welcoming to everyone regardless of their status.”