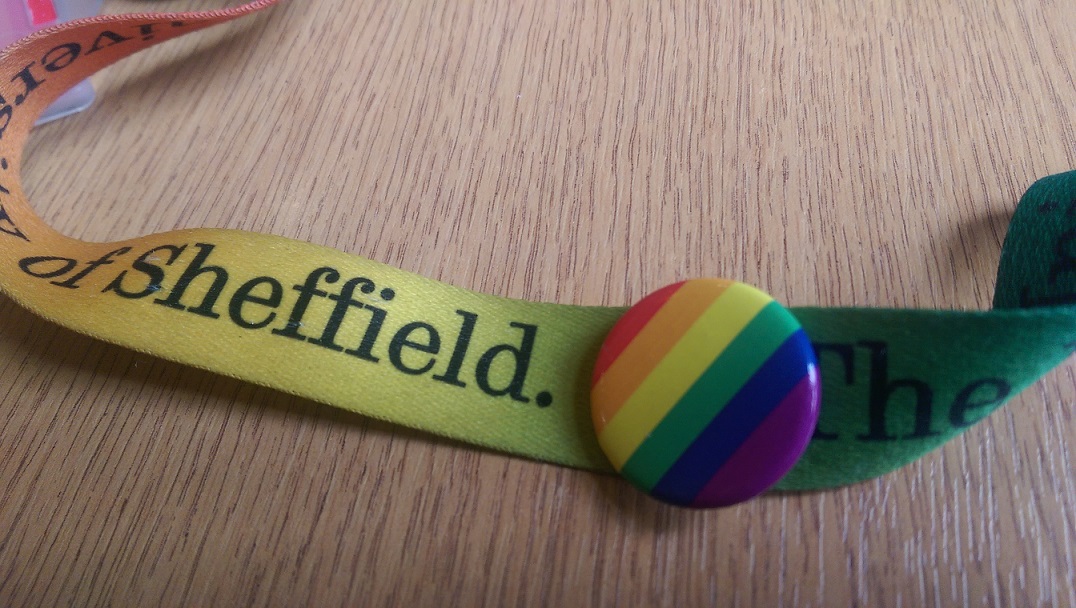 While no parades were organised, LGBT supporters took over social media to promote the day.

Beth Montague-Hellen, 34, librarian, said: “We are visible all the time because that’s who we are. I think it’s more useful for organisations to push it out and make sure we talk about this issue, at least on this day even if we never manage to talk about it any other time”.

Workplaces and organisations have come a long way in treating LGBT people, but Beth added she believes there are still a lot of areas to improve, most notably the treatment of transgender people.

The 34-year-old librarian participates in the LGBT STEM project, which showcases the achievements of LGBT people in science via seminars. The project aims to show that the people working in those fields are more diverse and not as masculine as in the past.

Rachel Collier-Wilson, 48, librarian and chair of the LGBT network at the university, said: “I think people need to think about the language they use, and they need to be more comfortable with the word ‘lesbian’. Not having assumptions about a person and their sexual identity, family life and using gender-neutral language makes it a lot easier”.

People have also started a petition to ban gay conversion therapy in the UK, as it often includes the use of electric shock and in some cases even counsellors encouraging suicide.

The petition claims that it has been scientifically proved that this type of therapy does not work, and is rather detrimental to the person’s mental health.

It currently has more than 30000 signatures, but needs to reach 100000 to be discussed in parliament.