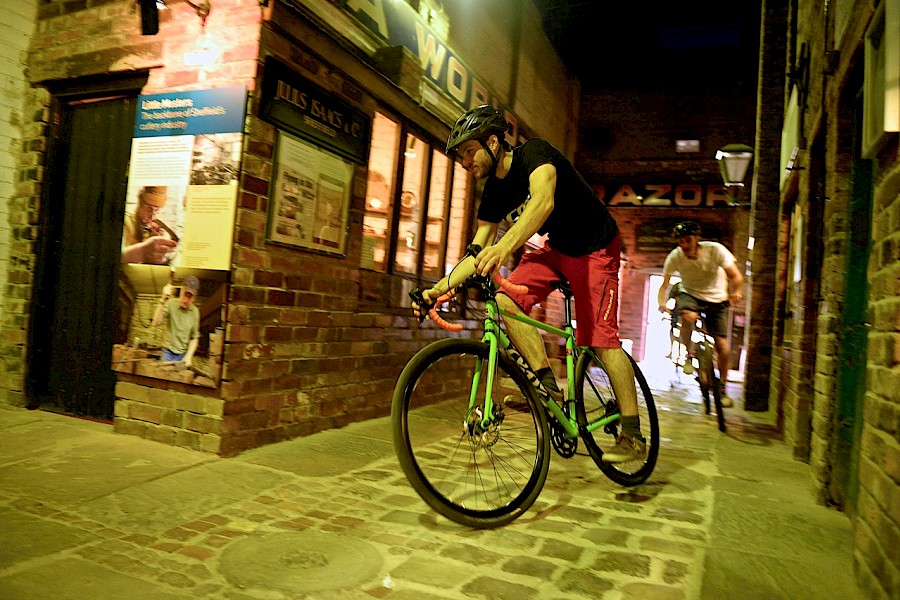 Cycling company Sheffield CX is launching a new series of urban races which “re-imagine spaces in the city and turn them into an arena for riders to test their skills.” The first event is set to take place at Kelham Island Museum this Saturday.

KICX, as it is known, promises to be an event filled with sprints and thrills. The museum, which is over 900 years old, was chosen to represent Sheffield’s industrial heritage and its steel legacy. Part of the race will be held inside and around the museum.

Organiser Adam Simmonite said: “We’re trying to bring what is usually in a muddy field into an urban space. We want the race to be more than just about the cycling. It would be an opportunity for those who participate to explore new surroundings.”

Cyclo-cross has its origins in the 1900s in Europe, where road racers cycled cross-country, through fields and over fences, to reach the next town and win the race. It is a high-energy form of racing that involves short circuits across a variety of terrain. Riders have to carry their bikes short distances and across obstacles like cobbles, grass and steep hills before getting back in the saddle again.

Sheffield has been recently named ‘The Outdoor City’ for parks and green spaces. But it is the industrial steel heritage that lends itself to the name ‘The Steel City’, which sets the tone for this Urban CX series.

Adam and his team are looking to hold the second race at Park Hill flats and the third one at Park Wood near the Ski Village to highlight areas of regeneration across the city.