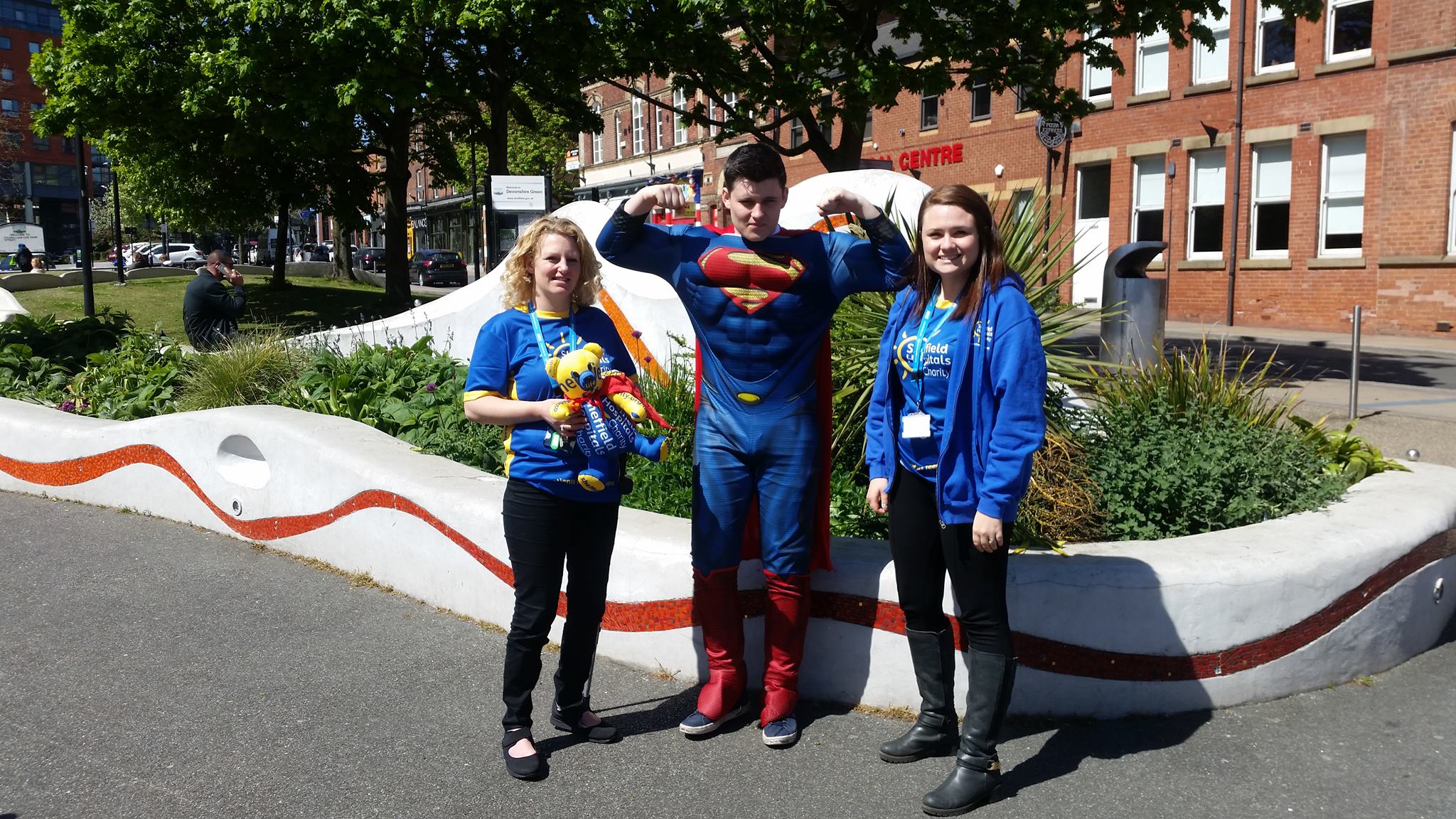 In preparation for a sponsored walk in Graves Park to raise funds for Jessops Wing, Sheffield’s maternity centre, the Jessop superhero was visiting Sheffield businesses today to promote the event and secure support.

Jessops Superheroes 2017 was the brainchild of Sheffield Hospitals Charity, and is being supported by comminications specialists Duocall for the 4th consecutive year.

In the suit was George Smith, a Digital Marketing and PR assistant, joined for the day by Jenna Settle and Fiona Prakasm from SHC.

Jenna said: “It’s celebrating the superheroes that we think work at Jessops and the mini superheroes; all the babies that are born there, perhaps some that aren’t born very well and they fight to get better.”

They’ve visited Sheffield Wednesday and Owlerton Greyhound stadiums, and businesses all across the city centre.

Taking place on Sunday May 21st at 10.30am, participants are encouraged to dress up in costume for the ‘2.5k or 4k family walk, buggy push, toddle or trike’, with an animal farm and playground to enjoy afterwards.

Originally Jessops Hospital for Women, Jessop Wing reopened in 2001 at the Royal Hallamshire Hospital, one of the leading neonatal facilities in the country with approximately 7,000 babies born there every year.

Launched in 2014 as the Jessops Buggy Push, last year’s event took on the superhero theme, inspired by Dr Alan Gibson, who retired last year after 30 years as a neonatal consultant at both the original and reopened Jessop Wing.

SHC wanted to honour his time there and the lives he’s saved, with many of the families he’s worked with attending the 2016 event. This year the event organizers expanded on this, wanting to show off all the heroes at Jessop Wing.