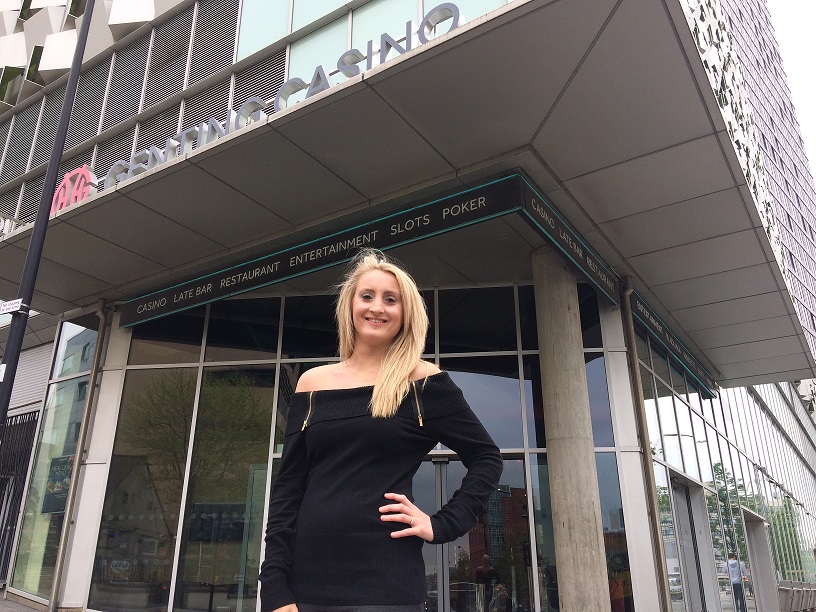 A Miss England hopeful who suffers from a debilitating condition is looking to raise awareness of it by making it to the grand final.

22-year-old Jessica Jones, from Mosborough, has raised over £1,500 for charity in the past two years and is one of many girls from across the city aiming to reach the Miss England grand final by winning tonight’s Miss Sheffield event at Genting Casino.

She suffers with POTS (Postural Orthostatic Tachycardia Syndrome), but was only diagnosed in the last year despite facing problems since the age of 13, and now she is determined to make the condition more well-known to avoid having others go through the same things she did.

She said: “I fell flat on my face once or twice; once being in Meadowhall, another time being at a concert.”

The condition causes Jessica, a student nurse at the University of Derby, to have a high pulse rate, low blood pressure and a high temperature.

“To me it is like my body working backwards, so my body tries to regulate itself but cannot so I’ll shut down and pass out”, she said.

“I should’ve been told when I was 15 I’d got this condition; people just mistreat it.”

“I used to get up and feel like I could go back to bed for a week. I had a lot of time off college and school, got bullied for it and I don’t want anyone else going through that.”

But all this hasn’t stopped her from being successful in similar pageants in the past.

In 2015, Jessica entered and won Miss Sheffield which saw her go on to represent the city in the Miss Great Britain grand final, before doing exactly the same in the Miss Lincolnshire event a year later.

She said: “I started out because my sister originally did Miss South Yorkshire about five or six years ago and that’s where I got the inspiration of wanting to do it.”

Jessica says that this will be her final year doing pageants, but during her time she has raised an enormous amount for charity, including £700 for Global Radio’s ‘Make Some Noise’, which supports small charities across the country.

The winner of tonight’s event will go on to represent Sheffield at the Miss England grand final in Birmingham this July.