We’ll all be eating bugs in a decade, says entrepreneur 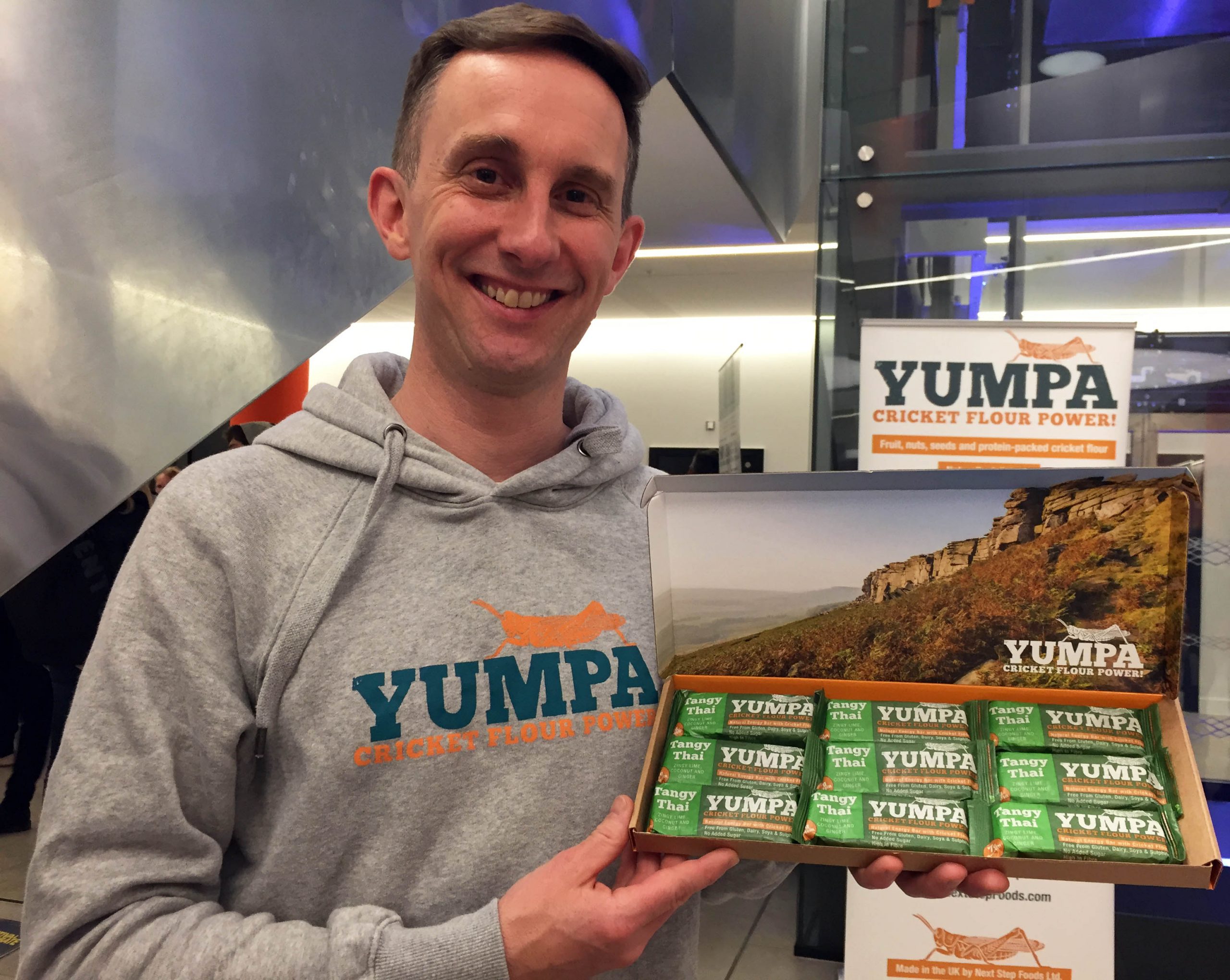 Edible insects are “genuinely tasty” and here to stay, according to a Sheffield-based food producer.

Tony Askins, creator of the Yumpa bar, told a public lecture last night that his product had been inspired by traditional Thai diets.

“I started the company after listening to a Radio 4 documentary on the use of insects as food,” he said.

“I developed the recipe for Yumpa myself and all the rest is history.”

The Yumpa bar uses a powder made from ground crickets, making it rich in protein and naturally gluten, soya, and dairy free.

Mr Askins, 45, said that cricket flour is essential to the future of food: “In ten years’ time we’ll be consuming a lot more insects, and they’ll be a lot cheaper than they currently are.”

“We’ve introduced cricket flour into the western diet through the familiar vehicle of an energy bar.”

The snack currently comes in two flavours, Coco-a-go-go and Tangy Thai, with a third flavour due to launch this summer.

“My ideal is going to the freezer and grabbing a bag of grub,” Mr Askins added, “preferably with their wings taken off, as they can get stuck in your teeth.”

The lecture, hosted at the University of Sheffield, was part of the city-wide Festival of Debate. It was sponsored by the Grantham Centre, which conducts research into using resources more sustainably.

Attendees had the chance to sample a range of bug-based foods, including pasta, crisps, and sauces.

Nick Rosseau, the founder of the Woven Network, said there was a “huge buzz” about the new foods.

But he admitted that building momentum presented challenges: “The first reaction is generally ‘yuck’, but we want to see that develop into experimentation with different tastes.

“We want to see more recipe books, and for people to say: ‘Actually, I prefer my mealworms fried.’”

The event attracted a sell-out crowd of more than 200 students, academics, and members of the public.

Sophie Rowson, a second-year geography student, said: “I think it would be interesting to try a whole meal that’s been prepared with insects.

The 21-year-old added: “If bugs could replace part of the meat market, then it could make a big difference to global sustainability.”