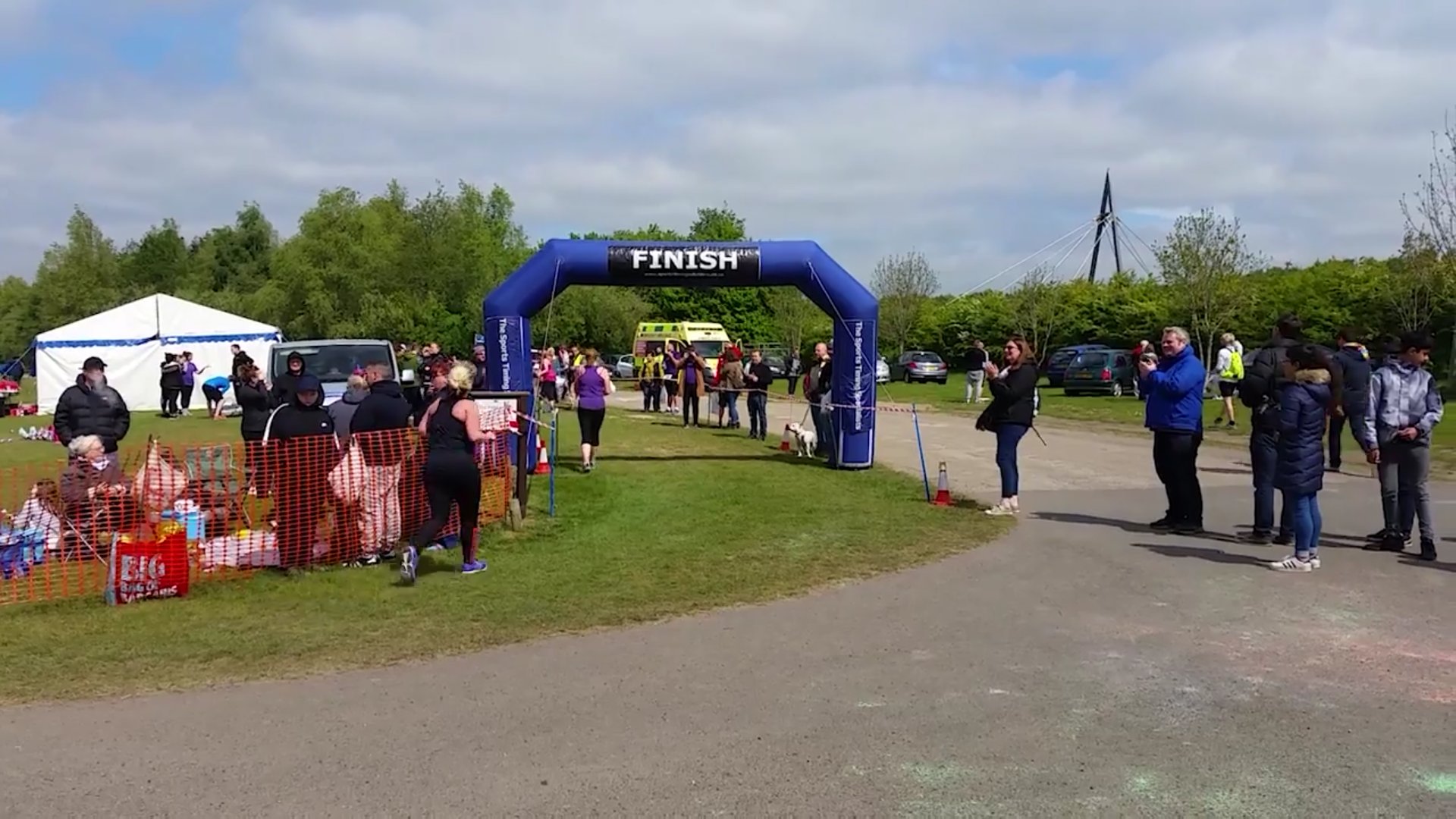 More than 850 runners and walkers took part in a 10K and 5K charity fun run in Rother Valley park yesterday.

The ‘Headstart’ event was organised by Neurocare, a charity which raises money for the Neurological departments of Sheffield’s hospitals.

The event was in its eighth year.

Sophie Thomas, senior fundraiser at Neurocare, said: “We have such amazing supporters, and we wanted something everyone could get involved with, it’s something for kids to do with their parents. We have other corporate events, but this is one for the whole family.”

Neurocare are currently aiming to buy a ROSA robot, which increases the reliability of neurological procedures, and this will be the first of its kind installed in a NHS hospital.

The event, a fundraiser in its own right, also served as a platform for others to raise money and remember their loved ones.

Greg Frisson, 32, from London, said: “I do it for my uncle. He died in 2010 and he ran these things, so I do the same in his memory. I go all over the country doing it, it’s really important to me and my family, I don’t even like running, but I do it for him!”

Neurocare have raised more than £110,000 since starting the Headstart fun run eight years ago, and are almost halfway towards paying for the ROSA robot.

The University of Sheffield’s hockey team has today organised a 10 hour hockey match, to also raise money for Neurocare.

Emily Ramsden, charity and volunteering secretary for the club, said: “We are supporting Neurocare because it is a charity that one of our sponsors support. After looking into the charity, we think it is a great cause and we are looking forward to raising money for them. It is a big ask to get people down on a Monday, but it just shows how committed we are to our charities that when our members have got a lot of work to do they are here supporting our charities.”