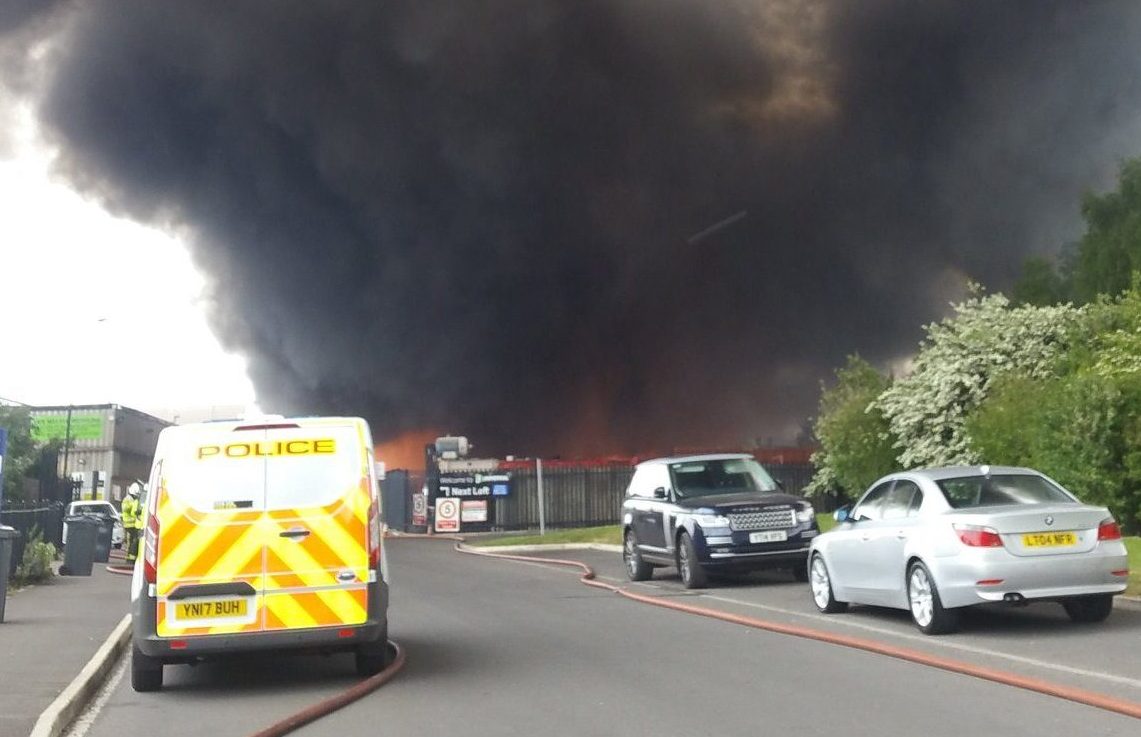 South Yorkshire Fire and Rescue have warned people to close their windows and doors as a precaution after a large fire broke out at a recycling plant in Kilnhurst, Rotherham.

Seven fire engines have attended the scene and it is thought that up to 500 tonnes of plastic could be on fire. South Yorkshire Police have also issued a warning to stay inside and avoid the area.

The fire service have been handing out breathing masks to children at local schools and have said that they estimate they could be at the scene for a further eight hours. They have also been helping residents to get their pets out of their homes safely.

Here’s what people had to say about it on Twitter:

@SYFR large fire somewhere NE of #Rotherham. Can be seen at a good distance. pic.twitter.com/WfP62VIAYx