“Markets bring the community together” – Love your Market Month in Crookes 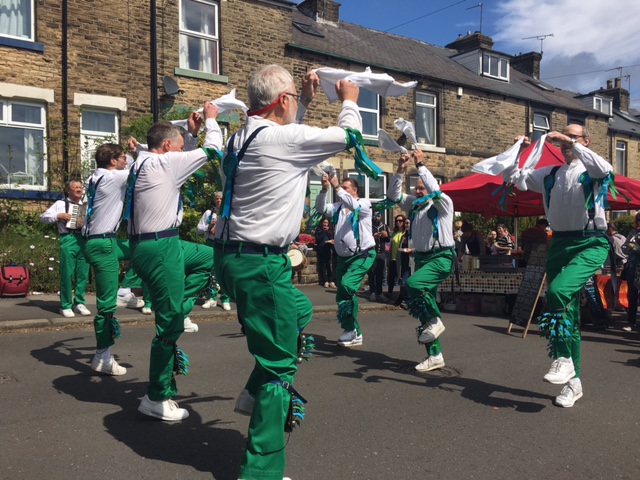 Crookes residents are delighted with the success of yesterday’s Street Market which was in support of Love your Local Market Month.

As the sun shone, Crookes residents joined together as a community to attend the market that took place on Colchester road and part of Stannington view road from 11am to 3pm.

Chris Rosling Josephs, Sheffield councillor and president of the National Association of British Market Authorities (NABMA) said: “Its May and it’s love your local market month, not just in Britain but across Britain and across the world! Markets are part of a community and is a community asset which creates sustainability. They are important on so many levels, they create businesses and you would be amazed at all of the highstreets names that started on markets. They bring communities together and are part of the British heritage and have been for thousands of years.

The Market was host to 30 stalls selling food and drink, clothes, jewellery, toys and crafts.

A band and Morris dancers entertained the crowds as they walked up and down the street.

Liz Gouneea, 59, owner of the stall Pip and Peel said: “Crookes Street market gives everybody a chance to show case what they are doing and it is locally made by people in Sheffield, it’s not people coming in from outside. We source all of our ingredients as locally as we can and we support local businesses and we all support one another and it gives the community a chance to see local people in action.”

Crookes businesses also got involved, opening their stores to the public all day whilst the market was on.

Anne Murphy, Deputy Lord Mayor, who officially opened the market said: “The Market has encouraged the community to start shopping locally and profile some of the independent shops that we have, such as Reece at Urban Pantry. It was really important to try and bring people back into Crookes to try and start shopping locally. It has definitely made a difference and has increased the local footfall for businesses and again it brings the community together.