Sheffield bride postpones wedding to search for her stolen dogs 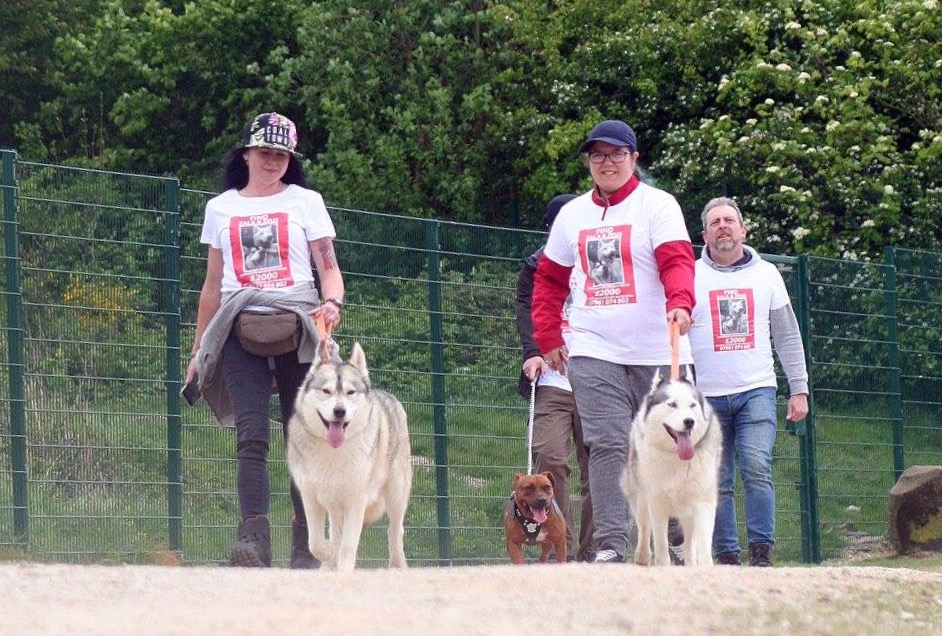 A bride who postponed her wedding to search for her stolen dogs is spearheading a campaign to highlight dog thefts across Sheffield.

Jacqui Millson, 53, was due to get married in August, but postponed the wedding after her dogs, Zala and Zeus were stolen last December from her home in Rockley View, Pilley.

The money and time intended for the wedding has been used to fund the “Find Zala and Zeus” campaign.

Ms Milson organised a dog walk in Sheffield over the weekend to raise awareness for the 60 reported dog theft cases across Sheffield.

Two years ago Ms Millson was severely injured in a dog attack, leaving her with permanent nerve damage. Six bones were broken and Ms Millson had to undergo four operations, resulting in her needing to spend several months at home to recover.

During this time Zala, a Husky, and Zeus, a white German Shepherd, were her main companions.

Ms Millson said “They helped me trust dogs again, I couldn’t have made it through that time without them.

“I cannot begin to explain the love I have for them and how badly my heart is broken without them here.”

A dog walking event was organised by Ms Millson to highlight the increase in dog thefts, the event took place at Manvers Lake and masses of dog owners attended in support.

Over the last five years there have been more than 300 reports of dog thefts in the county: Doncaster had 96 incidents, followed by Sheffield with 60, then Rotherham with 48.

According to DogLost, a charity dedicated to reuniting lost dogs with their owners, the actual figures are much higher, as many thefts are not taken into account.

Nationally over 60 dogs go missing per week, and DogLost have reported a 24% rise in dog thefts over the last three years.

Nik Oaknay, a representative for DogLost, said; “Many statistics the public have access to are not accurate, the actual number of dog thefts is far higher.

“Currently we are seeing an increased popularity for small designer dogs like pugs, as well as increased thefts of gundogs.”

Ms Millson plans to continue her campaign, and spread awareness of dog thefts, through social media.