Volunteers from the Polish Saturday School offered free traditional food and showcased customary clothing to mark Polish Constitution Day on 3 May, the day in 1791 when Poland signed its national constitution and became the first nation in Europe, and the second in the world after the United States, to do so.

People both with and without Polish heritage gathered to learn about the country’s past, experience its culture and even watch a live performance of authentic Polish singing.

One of the key individuals responsible for the celebration and Chair of the Polish Saturday School, Sebastian Marek, 40, said: “It’s so important for people to maintain their identities and to feel a part of their country still.

“We hope today will be a success for Sheffield’s Polish community, but also those who aren’t Polish and even encourage tourism to the country.”

Since the end of World War 2, Polish families have been settling in Sheffield for generations with over 2,600 Polish speakers living in the city as of 2011.

The event, which celebrates the history and customs of the nearly one million Polish-born nationals living in the UK, was created by Poland’s London embassy back in February.

Polish Ambassador to the UK, Arkady Rzegocki, wrote to Polish communities about the planned celebration, saying: “By demonstrating to our neighbours our openness, tolerance, commitment and friendly attitude, we are overcoming the stereotypes and display our resolve to have a say on how the affairs of our neighbourhoods are run”.

In 2016, Poland overtook India as the UK population’s most common foreign country of birth, according to the Office of National Statistics.

Sheffield brothers jailed over quarter of a million drugs raid 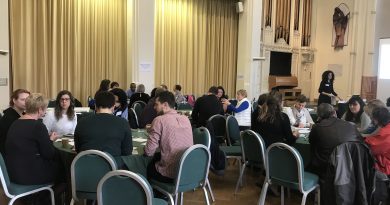