Fire-fighters continue to tackle the ongoing blaze in Kilnhurst. 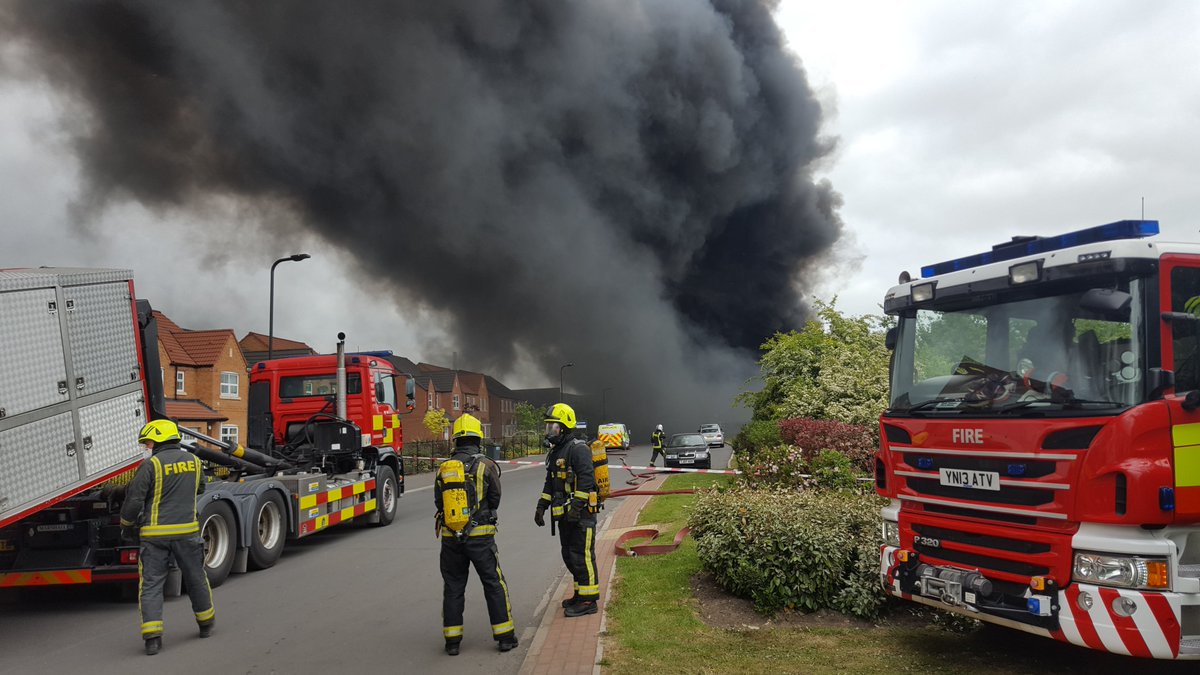 The fire at the Universal Recycling Centre in Kilnhurst which broke out yesterday is still being tackled but is under control, according to emergency services.

Residents of Wharf Road have been told to leave their homes until the fire has been put out.

Three fire engines and 20 firefighters are still at the scene but the blaze is under control.

Heavy machinery is being used on the scene to reach the flames through the debris.

There isn’t yet an idea of when the fire will be extinguished.

Around 500 tonnes of plastic and metals were set alight and the smoke is considered toxic.

The smoke is still covering a wide area in Swinton where the fire broke out.

Dust masks were handed out at the two nearest schools to protect children and people are still advised to keep out of the area.

There are no casualties and no damages have been recorded to the nearby buildings.

A reception centre has also been set up on Victoria street in Kilnhurst to offer help and assistance.

For any enquiries contact South Yorkshire fire and police department on 0114 253 2314 or via e-mail: comments@syfire.gov.uk