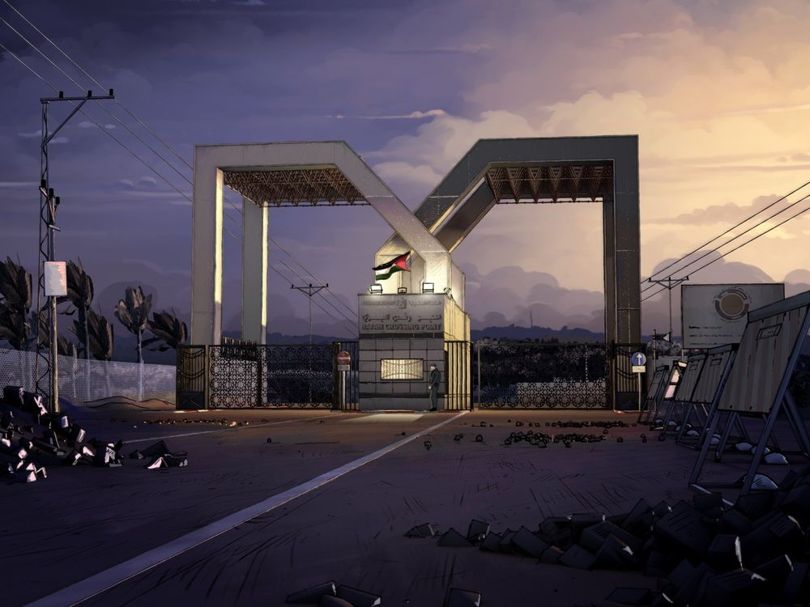 Palestinian-British artist was nominated for the Turner Prize after she produced a film using a mixture of real-life footage and animation.

Rosalind Nashashibi depicted everyday life in Gaza just before the Israel- Gaza occupation by filming children playing on the streets and horses swimming in the sea.

She made it her aim to show a new perspective on Gaza by balancing scenes of struggle with those of activism.

Ms Nashashibi told The National: “I think of the Gaza Strip as having been put under a kind of enchantment by the world powers.”

“I’m using terms from an archaic or childish language to allow the extraordinary conditions to show through with all the attendant fear, excitement, suffering and boredom of life under enchantment.”

The Turner Prize was created in 1984 to celebrate contemporary art in Britain. Every year, four artists are nominated by an independent panel and the winner gets a grand prize of £25,000.

The rules of the competition were changed this year to remove the upper age limit of 50.

Lubina Himid, 62, is the oldest person to be nominated for the prize. Himid is a professor of contemporary art at the University of Lancashire and her work celebrates black creativity.

Another artist tackling black history is Hurvin Anderson, 52, of Jamaican descent and has drawn from his childhood experiences. He dedicated a barbershop to Malcom X and Martin Luther King’s images.

The Turner Prize event will take place between the 26 September and 7 January.