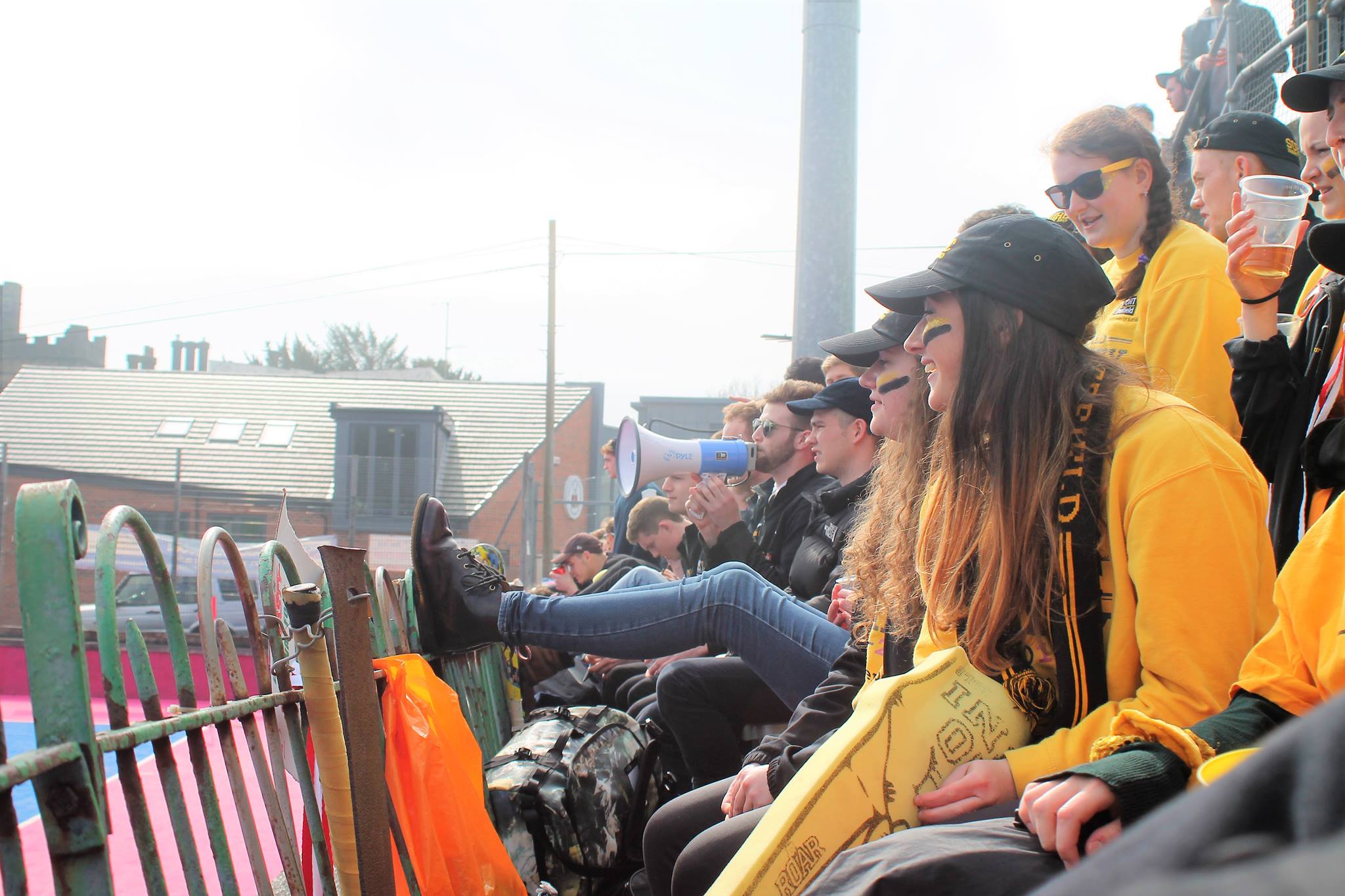 A non-stop charity match has raised hundreds of pounds in support of The Teenage Cancer trust.

The Teenage Cancer Trust is particularly important to the hockey team as one of their members  passed away from cancer a few years ago.

Miss Ramsden said: “The day was a great success. I’d really like to highlight how I really couldn’t have done it without every person who came.”

“Even in the middle of the day, when many people had lots of work to do, the ball kept moving with the few people who were there. The outstanding commitment of the players to charity was just amazing to see.”

The day started with smaller matches and ended with 30 people playing at once.

The match was open to anyone not just the team and cost £4 to play for as long as they could last.

Another member of the Hockey team, Cameron McFadyen, said: “It was great. It gave us the opportunity to raise money whilst coming together as a club, a guy with a broken foot even joined in.”