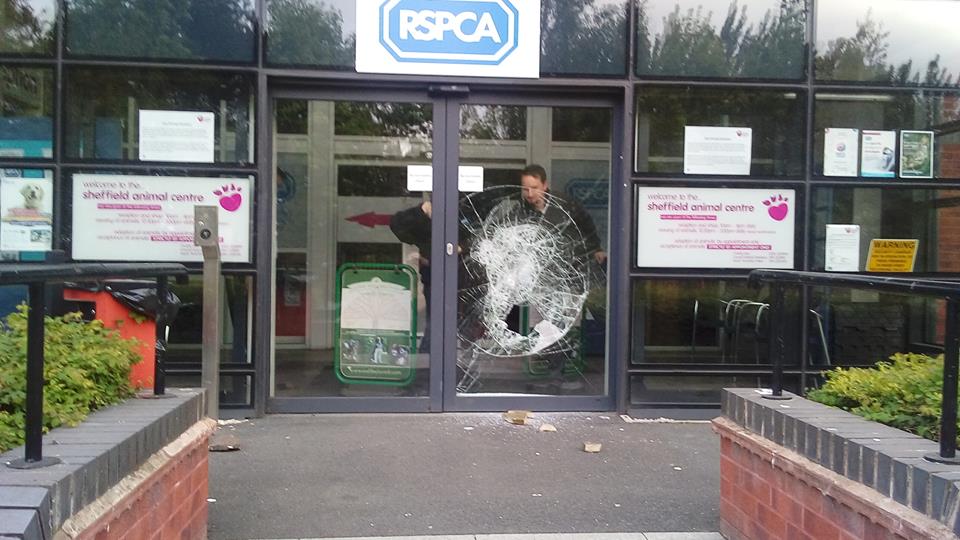 Thousands of pounds worth of damage has been caused after a break in at an RSPCA branch in Sheffield.

The crime happened at 6.45pm last Sunday and CCTV footage caught a man spending four minutes smashing through the doors and windows to the Animal Centre in Attercliffe.

The intruder caused £1,000 worth of damage to the reception building in order to steal cash from a collection box.

The general manager of the branch, Tony Benham said: “I find it disgusting the lengths an individual will go for a few pounds. It has caused hundreds of pounds’ worth of damage to our Animal Centre and they will have to be a lot of time and effort put in to clear up the destruction.”

The centre is insured for the damage although they will still have to pay a large excess along with the price of paying for new security measures.

Tammy, an employee from the RSPCA Sheffield Branch, said: “Over the years there have been a few car break-ins around where we are but generally there are very few problems. We have been aware over the last year of the spate of charity box thefts especially as one of our own charity shops was broken into last year.”

The charity have been immediately been looking into changes to the security systems to make the centre even more secure for the future.

A Just Giving page has been set up so that people can donate to help with the cost of repairs.

The charity has also asked anyone with information about the crime to contact them on 0114 2898050.