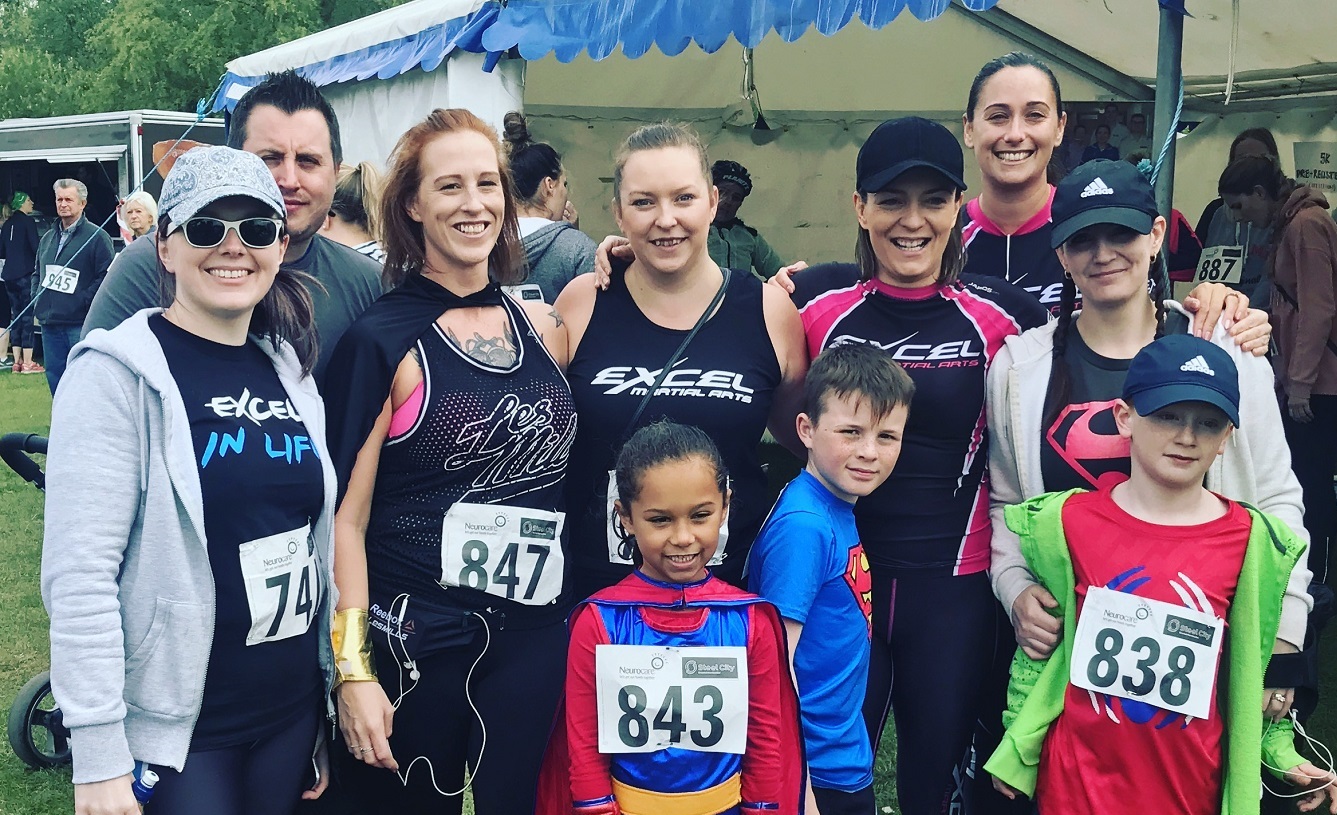 A Sheffield woman has completed a charity run after having a brain tumour the size of a large orange removed just six weeks before.

Deborah Peacock, 31, a student at the Excel Martial Arts academy in Sheffield, had been suffering severe headaches before doctors discovered the tumour.

She underwent a successful operation to have it removed on 25 March.

And just six weeks later she was able to complete the charity run for Neurocare, which raises money for Sheffield hospitals’ neurology departments.

The “Headstart” race took place last Sunday and was back for its eighth year, with both a 10K and family fun 5K marathon.

Deborah had been training at the academy for around a year and managed to get involved in the activities with her daughter Oona too.

She said: “I had seen this event a few weeks after my surgery and realized it could be a good opportunity for me and my friends. I had been practicing martial arts the whole year so I hoped I had still some energy to complete the run.”

She completed the race in 41 minutes with her husband Michael, her teacher Keely Short and some friends, and added: “I did my best and aimed for 45 minutes and managed to do it in 41! It was a great atmosphere and a massive achievement for myself. I loved it, just loved it.”

Mrs Peacock is looking to continue her training in martial arts at The Excel Academy. She also managed to raise more than £500 through a JustGiving online campaign which was backed by 35 supporters.

Ms Short, her martial arts teacher, said: “She is a dedicated student who always gives 100% in classes, her passion for Martial Arts has given her courage and confidence to kick her tumour’s ass. The team at Excel were so proud to see Deborah cross the finish line. It was inspiring to see so many people supporting Neurocare.”

Deborah and her daughter Oona.