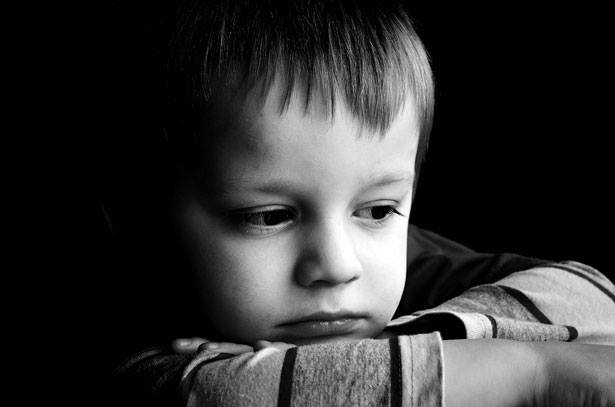 These changes not only damage a child’s academic chances, but also exacerbate any existing behavioral problems, creating a vicious cycle.

I spoke with Linda*, who has had over 18 years of experience as a foster carer, about her most recent foster child, George*.

Linda began fostering George 18 months ago, she was this seven-year old’s third carer in six weeks. The last carers had found his case too difficult to handle, but Linda was persuaded by desperate social workers to take him on a trial basis.

“They just had nowhere else to take him at short notice,” said the single mum. “I knew he would be time consuming but I thought I’d be fine. I’ve dealt with lots of children in my time.”

George was taken from his mum when he was six years old, there was no doubt she loved her son but her own mental health issues meant she couldn’t parent him. For the first six years of his life he lived in filthy conditions and was never toilet trained as a toddler so he would poo and wee wherever he wanted. Food was also an issue. His mum never made him regular meals so he gorged on the food he found whenever he could.

After two visits to hospital, one for drinking bleach and one for eating a whole loaf of bread, which left him in agony, social care became involved. By the time he reached Linda he was already damaged emotionally as well as physically.

“He was very big for his age- so fat he could hardly walk bless him; his hair hadn’t been cut properly for years and he was completely shut down emotionally. His mum hadn’t spoken to him much, let alone given him a book or played with him. His only companion had been the telly.”

But slowly and surely Linda fell in love with George. She offered him the nurturing he needed, gave routine to his life and slowly developed what she thought would be a lifelong relationship with him.

But 18 months later and just two weeks after agreeing to take George permanently, Linda is preparing to send George off to another, as yet unknown, foster carer. The last year and a half has taken its toll and Linda can no longer cope.

“I know foster caring is hard – it’s been my career but social services are so stretched these days they simply can’t provide the support I need. I love George but just can’t be part of his life on a daily basis – it is just relentless and although everyone is sympathetic no one is there to offer practical advice or support.”

So what went wrong?

To start with Linda was delighted to see improvements in George. He lost weight, loved playing in her garden and she heard him laugh for the first time. He became less violent at school and assessments showed he had an average IQ so would eventually catch up academically. All seemed well.

But children removed from their parents always have complex needs. The emotional damage caused by poor attachment with an adult as a baby and inadequate stimulation as a young child can cause emotional damage that cannot be repaired.

“If you saw George in the street you would think he was a happy, normal little boy. But what people don’t see is all the anger boiling inside of him. He doesn’t know where it’s from and neither do I, all I know is it didn’t matter how much love I gave him I can’t fix him.”

Linda has been told that emotional damage takes years to heal, so in the meantime she has tried to cope with daily temper tantrums, soiling, destroying property and violent outbursts.

“I have tried my best for nearly 2 years but I can’t cope. When I look around for help it’s not there. I get advice from my social worker but she’s not there when he kicks off and doesn’t have to pick up the mess.”

But it’s all too late for George. He doesn’t know yet, but the adults around him are planning yet another move which will undoubtedly add to his feelings of rejection and insecurity.

“I do feel terrible but I can’t help George anymore, I’m exhausted. I came into this job to help make young people’s lives better but it has to be a team effort -I can’t do it on my own.”

*Names of people have been changed for anonymity.