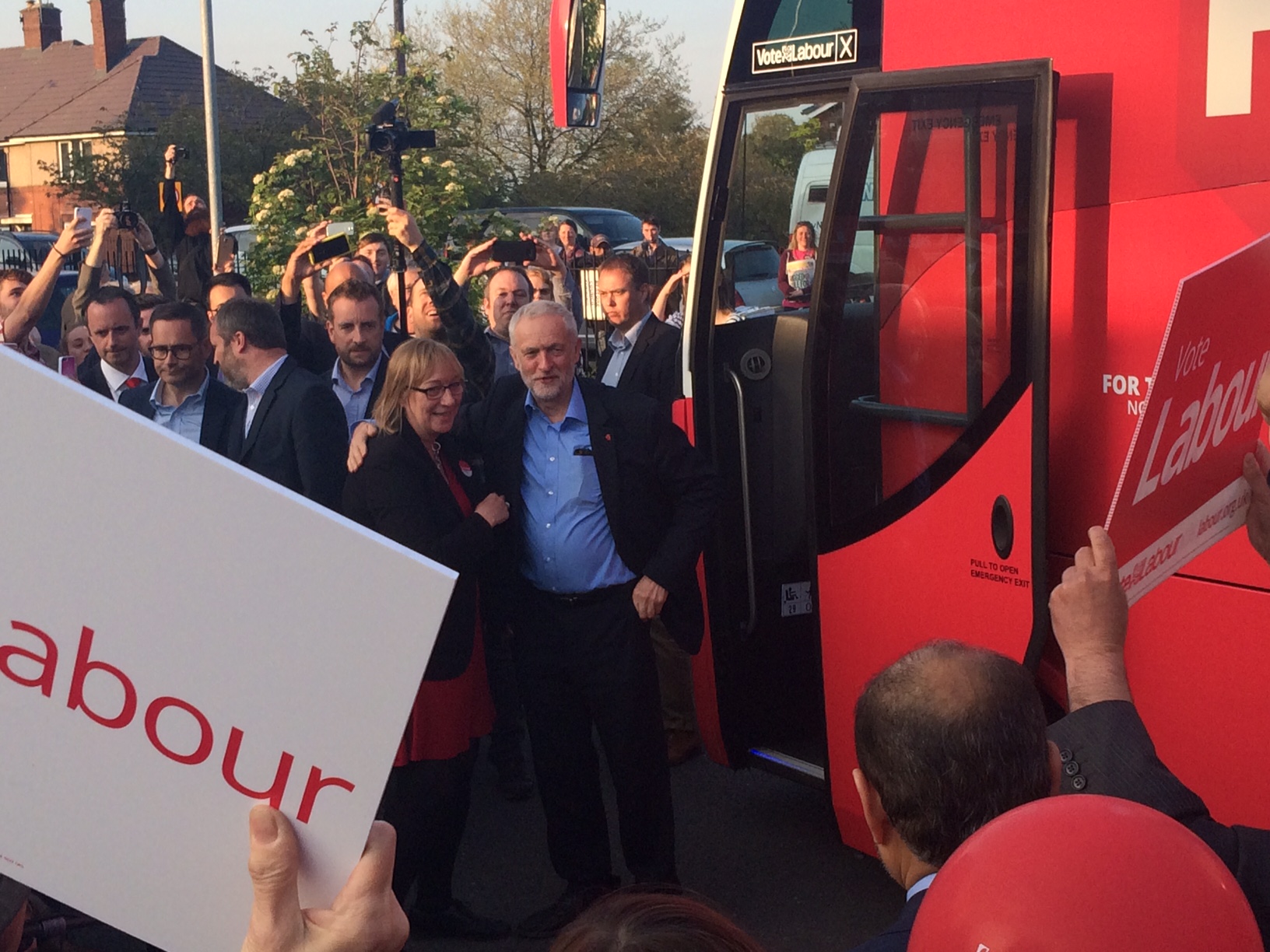 Jeremy Corbyn addressed hundreds of people in Sheffield yesterday evening as he finished off a long day of campaigning – just hours before his manifesto was leaked.

Despite arriving nearly an hour late to Shirecliffe Community Centre, the Labour leader was greeted with cheers and rapturous applause.

One fan said: “It’s great to see him coming to speak to and help out working class people, he fights for us and that’s exactly what we want.”

He delivered a powerful rally which saw him say: “This country could be very, very different with a Labour government.”

However, just hours later, he was forced into pulling out of his party’s campaign poster launch after a 43-page draft version of manifesto was leaked.

The document announced the Labour party’s plans to renationalise railways, spend an extra £6bn-a-year on the NHS, abolish tuition fees, and controversially, renew Trident, the UK’s nuclear deterrent system, which Mr Corbyn has long-been opposed to.

Meanwhile, in Sheffield, he promised to focus on preventing any societal injustices, saying: “Our society is weaker for the denying of the opportunities of the talented because they come from poorer backgrounds, and is disfigured by this level of inequality and injustice.”

“We all want our children to succeed and get on in life, but if there’s no EMA (Education Maintenance Allowance) there’s less chance of going on to FE college, or getting an apprenticeship, or going to university, I think that is travesty.”

He also committed to backing Sheffield’s famous steel industry, with a tongue-in-cheek comment reassuring a “strong and stable steel industry”.

He said: “A crisis in the steel industry would be dealt with by a government who would not pass by on the other side, and ignore the needs of steel communities all over this country, we would be prepared to intervene and invest.”

Hundreds turn out for Jeremy Corbyn in Sheffield as he commits to Orgreave enquiry from 'day one' if elected as PM https://t.co/zdCiD8Ag6t pic.twitter.com/6u7a24vJfu

Mr Corbyn took the time to speak to his supporters individually and take photographs with them before finished his day, just before his manifesto was leaked to the public.
[youtube https://www.youtube.com/watch?v=sIqBYoguxNI]