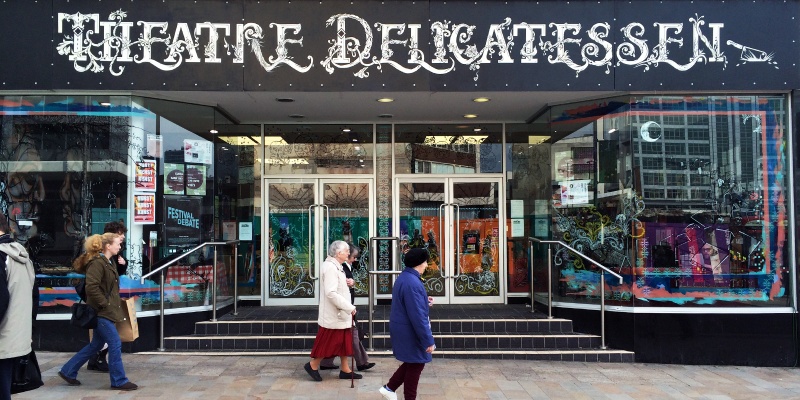 The popular independent venue the Theatre Delicatessen is to close at the end of June to make way for a new high street clothes shop.

The venue was used by a variety of groups and has hosted lots of different events making it a landmark of the Moor.

Ben Price, a playwright from Dear Hunter Theatre Company, paid tribute to the Theatre. He had previously debuted his play ‘The Iconoclasts’ at the Deli which was met with five star reviews.

“I think the Deli closing is a real shame not just for people like me but for people who won’t have the opportunity because Deli support anyone who’s passionate enough.”

The Theatre Delicatessen was a known venue for not only new playwrights but new music and nurtured the environment in Sheffield.

“It was great because as long as you were passionate about you’re work the Deli would back you they help you go over the line and become something.”

Although the Deli has been hugely popular it renting the abandoned Woolworths was never forever.

As part of the renovation of the Moor a new high street tenant will take over from the Deli.

But Sheffield will still support new talent with venues such as the Railway Playhouse near Kelham Island is stepping up to show off new writing.

Dear Hunter Theatre are currently taking ‘The Iconoclasts’ on tour and will be performing at the Edinburgh Fringe Festival you can find out more here:  http://dearhuntertheatre.co.uk/aboutus.html