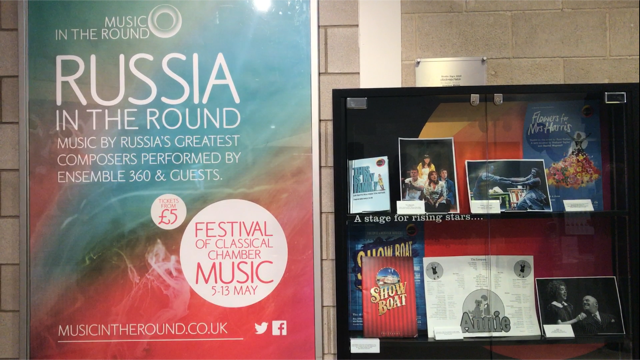 The performance included rarely-heard pieces by Marina Dranishnikovia, Sergei Rachmaninoff and Nikolai Roslavets. It lasted a little over an hour.

The performance lasted a little over an hour. It featured pianist Tim Horton and a selection of his colleagues from Ensemble 360, a group of Sheffield-based musicians.

Others shared their thoughts.

The performance was the latest part of a Russia in the Round, a concert series hosted by Music in the Round.

Throughout May, resident musicians Ensemble 360 and a series of special guests will be performing dozens of pieces, ranging from Tchaikovsky to Shostakovich.

Russia in the Round continues this weekend with performances including Ballet Classics and Musical Tales from Russia. Tickets are available from the Sheffield Theatres website.

Music in the Round claims to be the largest promoter of chamber music outside of London.  Their performances are deliberately informal and are played in the round – that is, the audience surround the performers on all sides.

A registered charity, the group regularly hold events as part of their Music in the Community programme, which aims to inspire and educate people of all ages.

More than 17,000 people every year are involved in the events, which range from music sessions for babies and toddlers to interactive concerts for families and school groups.

For a full programme of Music in the Round’s events, check their website.