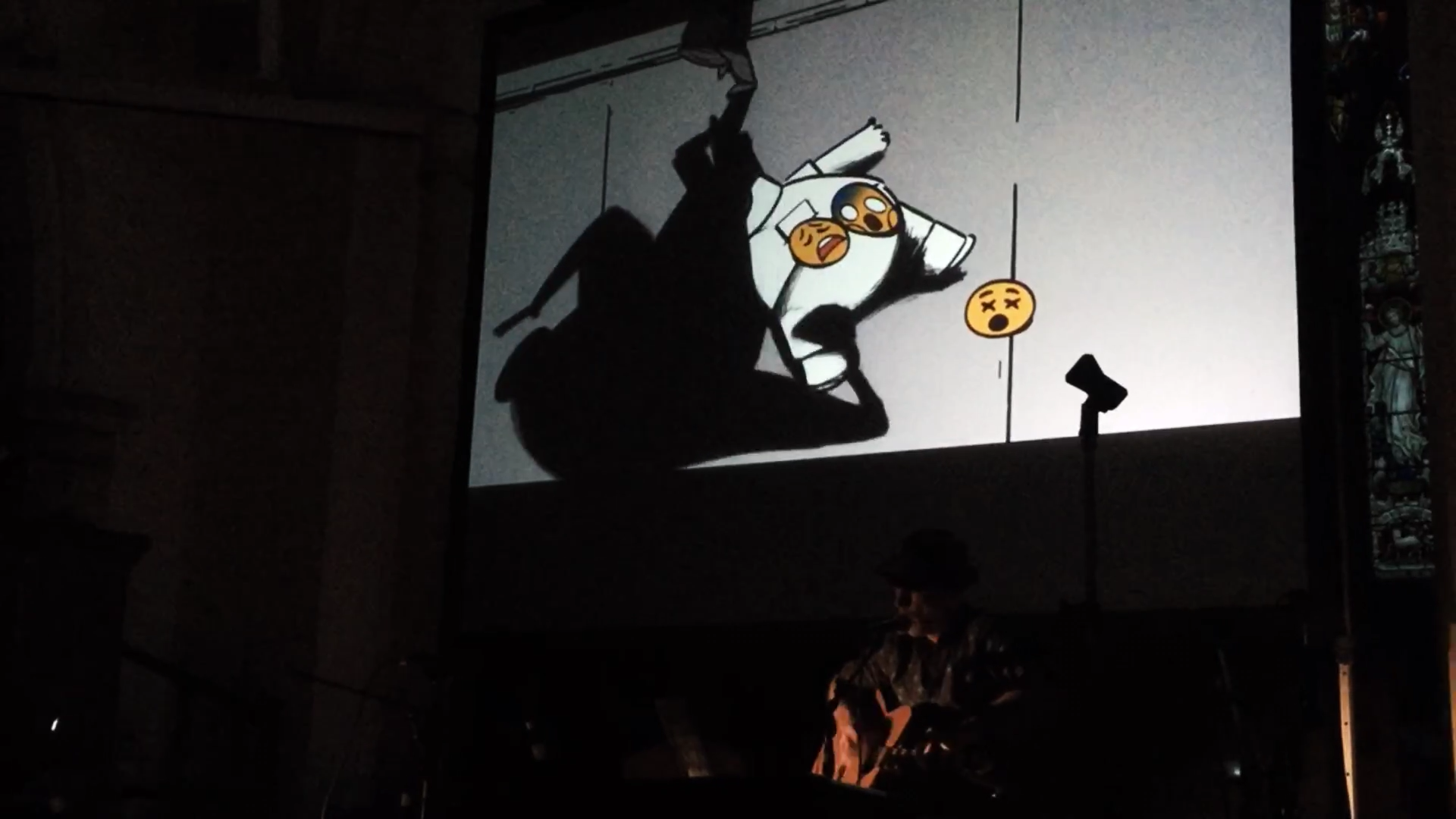 A Pitsmoor resident with Parkinson’s disease has hosted his seventh annual film festival.

Martin Currie, 53, was diagnosed with the illness a decade ago. A former video editor, he and a group of friends won the ‘2 Weeks 2 Make it’ competition and used the £700 prize to make a number of short films.

Mr Currie claimed that it began as a joke, but the response from the community was positive and he said: “We’ve done it ever since and it’s my favourite night of the year, it beats Christmas.”

The festival was mainly made of local films, including 4-5 “Currie Productions”, but there were also international entries and a film from the 1920s.

A significant change in the festival this year was that all the pictures on show were silent films. They were accompanied by music from a range of local musicians. He explained that this was because: “My enthusiasm needs to be engaged fully, I find it slipping a bit. I was feeling like I was repeating myself.”

The event brings the community together every year and Mr Currie says that everyone is welcome, although he made it clear that: “I don’t do this stuff for any reason other than I enjoy it. The community happens to be fantastic at giving me support. I couldn’t do it without them and I wouldn’t want to do it without them, but they’re not the reason I do it.”

With his condition getting worse, he is slowly taking a smaller role in organising the festival. He insists that: “It needs somebody to drive it but it doesn’t necessarily need me.” Two of this year’s contributors included his two sons, aged 13 and 16, who’ve had their father’s skills passed down to them.

He saw filmmaking as a way of playing with his children and is happy that when he is no longer with them, the films they made will be.