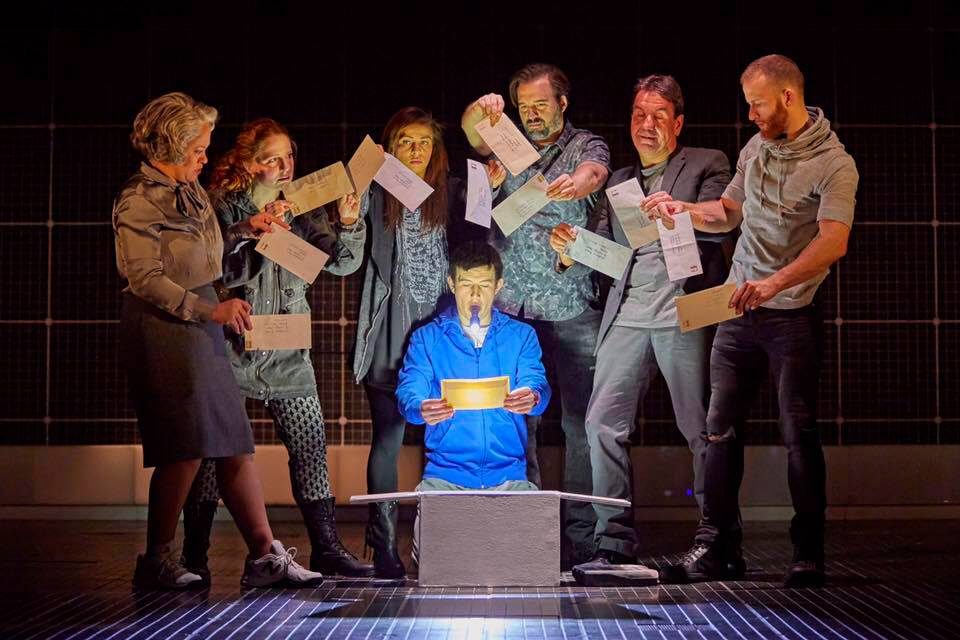 Scott Reid and Joel Harper-Jackson (starring in the UK tour)

A leading actor in an award-winning play has spoken to ShefNews about his delight about performing it in Sheffield.

‘The Curious Incident of the Dog in the Night-time’, based on the 2003 novel, won seven Olivier awards and five Tony awards including ‘Best Play’.

The story is about a 15-year-old boy with autism and how he finds a dog that has been speared with a garden fork and takes it upon himself to solve the murder mystery.

Joel Harper-Jackson, is performing at the Lyceum in the UK tour as Mr Thompson as well as ensemble roles and is the current movement captain of the play.

He said: “It’s a real treat to be a part of this play. Not only because of it’s such great writing and that its put together so wonderfully but because we get to play so many different characters from scene to scene, it’s great to get to play with all that variety.

“The physicality is quite demanding and has required me to work harder on my body and get stronger. So I have a lot to thank the show for. It’s getting me very fit!”

Mr Harper-Jackson has performed in other theatre shows including Jesus Christ Superstar, Evita, Rent and Beautiful on the West End.

He added: “I believe the show is so popular because there’s really not much else like it out there. It’s also extremely accessible to everyone. Anyone could come and enjoy it whether they’re school children or grandparents. There isn’t a single moment in the show that the audience could get bored in either.”

Due to popular demand and the intimacy of the theatre, the play is being performed in Sheffield for two weeks, rather than its normal one week in other areas of the UK.

The show has already been playing for a week in the Lyceum theatre and is being performed again every day this week. Its time in Sheffield finishes on Saturday night.