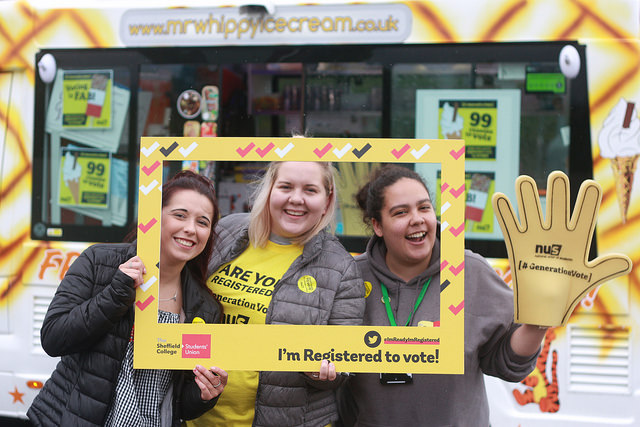 The National Union of Students came to Sheffield to help students register to vote today (Monday).

As part of a nationwide tour to promote their scheme, #GenerationVote, the NUS team visited Sheffield Hallam University and Sheffield College .

Shakira Martin, Vice-President for further education and the NUS President-elect, said: “We’re in Sheffield today to get the most amount of young people registered to vote ahead of 22 May to make sure they have their democratic right and they place their vote to shape their society and future.”

The scheme aims to continue increasing the number of voters aged between 18 and 24, a number which rose by 20 per cent between the 2015 General Election and the EU Referendum.

Ms Martin said: “Without registering you are unable to cast your vote. It’s about young people around the country being listened to, and the government taking our priorities into consideration because we are the next generation of leaders, activists, entrepreneurs and leaders of the future.”

“We should be going into our communities, into our grassroots, into our schools and colleges and getting people to understand why it’s important to vote and shape the world we want to live in in the future.”