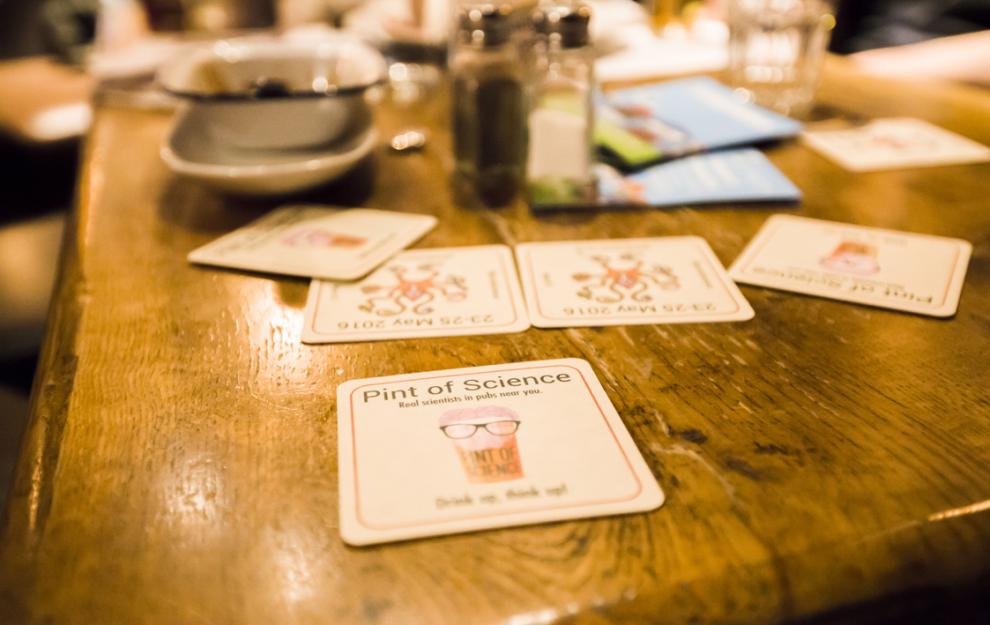 Six Sheffield pubs will open their doors to more than 50 academics as the world’s largest festival of public science talks gets underway.

‘Pint of Science’ is returning to Sheffield for a second year and will run throughout the next three days, educating pub-goers on topics such as ‘Planet Earth’ and ‘Atoms to Galaxies’.

Festival co-founder, Dr Motskin said: “The festival gives everyone the chance to pick the brains of some of the UK’s most brilliant academics, breaking down barriers and giving unrivalled access to the people behind the scenes.”

The international festival will see thousands of scientists standing up simultaneously, talking to the public about their research in over 100 cities across 12 countries.

Scientists include those from the University of Sheffield who, as well as giving talks, will bring unique demonstrations and live experiments to the nation’s favourite locals.

The Sheffield venues include The Holt Café, Harrison’s Bar, Sentinel Brewhouse, The Old Queen’s Head, The Sheffield Tap and Couch on Campo Lane, and tickets are available for £4 each from the Pint of Science website (https://pintofscience.co.uk/).

Five years ago, a group of UK-based postgraduate and postdoctoral researchers established ‘Pint of Science’, and it now runs as a volunteer-run initiative.

Festival founders Dr Praveen Paul and Dr Michael Motskin wanted to bring back the personal touch to science and are amazed by the growth of their idea into a global festival, which has spread to many countries around the world.

Dr Motskin said: “We are in awe of how big the festival has become over the years, demonstrating the thirst there is to hear science from the source – the scientists. The best way to overcome this is for people to be able to talk to scientists directly in a familiar environment, such as in a pub over a pint.”

As well as science talks, there will be science-busking performances and many more fun and interactive activities, such as plasma demonstrations, an immerse dark matter experience, ‘Jeopardy with Siri’ and build a volcano activities.