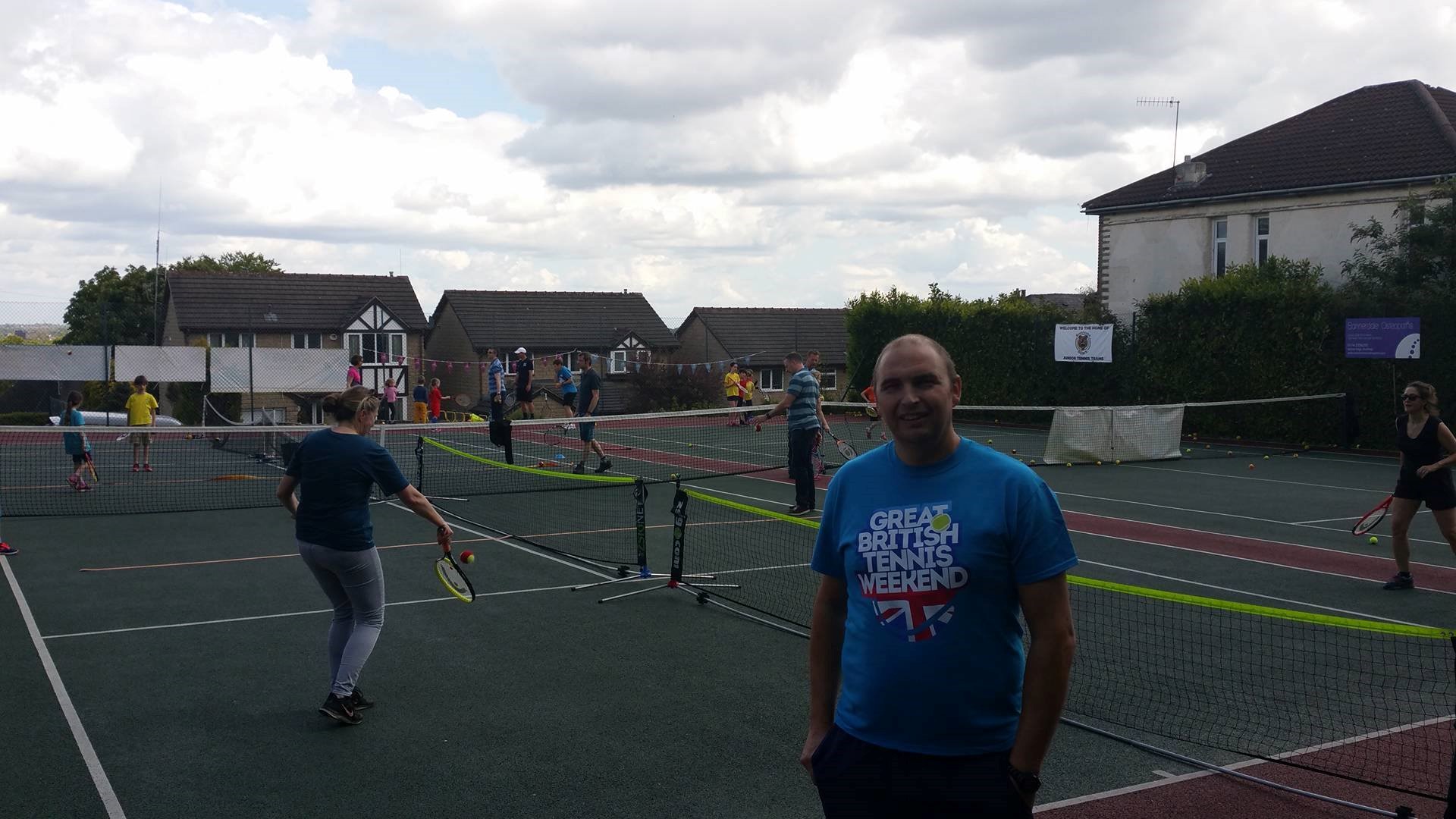 Tennis clubs across Sheffield opened up their courts to the public for The Great British Tennis Weekend.

The Lawn Tennis Association launched the event in 2013 and it has been a huge success, helping clubs increase their membership and encouraging local people to get involved with the sport.

Brentwood Tennis Club was one of many clubs in Sheffield to get involved yesterday, and they saw a number of new members sign up within the first few hours.

Andy Fee, who has been President of the club for the last two years, said: “It is so nice just to open the place up. I just love seeing the place buzzing and this kind of event really does that for us.”

The club has been participating in the event for around six or seven years, and saw an increase of 20 members last time they took part.

Mr Fee believes that the success of British tennis stars such as Andy Murray has helped increase interest.

He said: “There is no doubt when somebody is doing a sport well it pulls attention. It is like when the snooker comes to Sheffield, everybody wants to play snooker.

“We have another event in July which is normally busier than this one because it is nearer Wimbledon. You cannot get a court because everybody wants to play tennis.”

The club has a membership of about 160 to 180, who are mainly local, but this event helps encourage school kids from the surrounding area to join.

The event would not have been possible without the help of club coach Ben Howarth who put on a range of activities such as cardio tennis and coaching for the kids.

Mr Fee recognised the event would not have been as much of a success without him. He said: “By the time he goes home he is absolutely knackered. I get the easy job, I just have to talk to people all day, he is out there. He was the Sheffield and District Coach of the Year last year, so he is a cracking coach and he is brilliant with the kids. He has got the patient of a saint.”