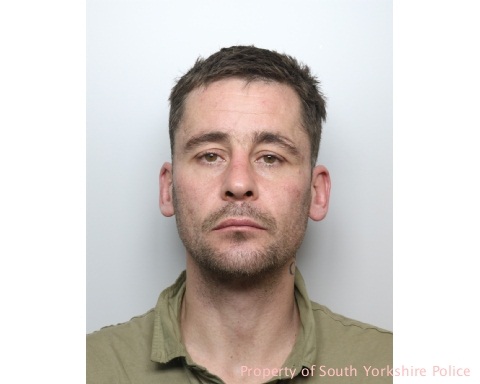 A 42-year-old man has been sentenced to 4 years in jail after leaving the remains of a cigarette with traces of his DNA at the scene of his crime.

Nathan Herbert gained entry to a property on Mansfield Road, Intake, in the early hours of Thursday, 10 November last year.

Items stolen included cash, passports, a wallet and a number of electrical items whilst the homeowners slept upstairs.

Herbert then fled the scene of his crime, but left behind a roll up cigarette butt in the living room which was found the following morning.

He was arrested soon after but has given a guilty plea and was sentenced on Friday 12 May at Sheffield Crown Court.

PC Ryan Griffiths investigating said: “Burglary is an incredibly intrusive crime that can leave people feeling scared and afraid to be in their own home.

“Herbert didn’t spare a thought for the residents in the address that night, his actions were selfish and cowardly and I’m pleased he is off the streets and behind bars.”