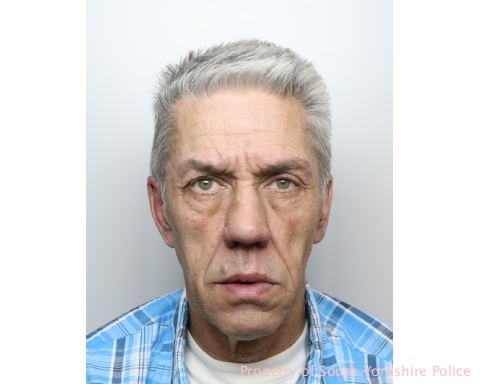 A 66-year-old man has been sentenced to 18 years in jail for sexual offences against an 8-year-old girl.

Yesterday, Neil Kelley, of Thornbridge Grove, Frecheville, admitted to Sheffield Crown Court that he committed numerous sexual offences against a young girl in Sheffield after pleading guilty to 14 offences at an earlier hearing.

The investigating officer, Detective Constable Wayne Sanderson, said: “No words can describe what this man put this young girl through and only time will tell if this abuse has had any lasting effects.

“The significant length of Kelley’s sentence shows the magnitude and severity of his offending and I hope this jail term offers some reassurance to the victim and her family, knowing this individual is behind bars where he can cause no further harm.”