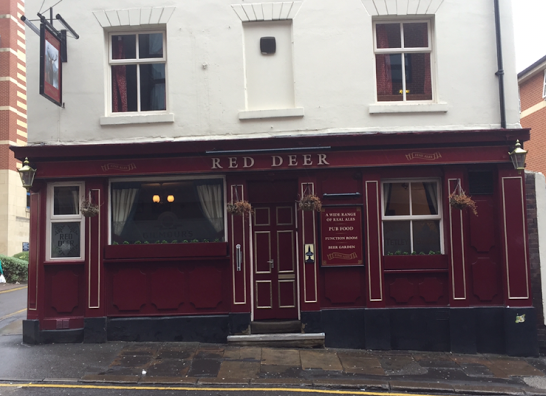 A pub in Sheffield is offering free drinks to anyone who registers to vote in this year’s general election.

The Red Deer, located in Pitt Street in the city centre, is part of a national campaign to encourage people to vote in the election. The campaign is called ‘Vote This Year Get Free Beer!’ and 52 pubs across the UK are offering a free pint, or equivalent drink, for customers who can prove that they are registered.

Jacob Nickles, 33, is the owner of the pub and said that the location of the pub near the university made it perfect for the campaign, which is aiming at the 18-24 demographic.

See what he had to say below.

The deadline to register for a vote is on 22 May and the general election will be held on 8 June.

In the 2015 general election the voter turnout was 66.1% and over 1.5m people have registered to vote since Theresa May announced the snap election.

Sheffield City Council is advising people not to leave registering to the last minute. Polling cards should have arrived last week and anyone who is registered should have had one. The deadline to apply for a proxy vote is Wednesday 31 May and postal votes will go out by 30 May.

Chief returning officer John Mothersole said: “The timing of this year’s General Election may have caught some people by surprise so it is more essential than ever that you check if you are registered to vote, or have made arrangements if you are unavailable on polling day.

“There has already been a large number of people registering to vote since the election was announced last month. I would appeal to people across the city to make sure they have received their polling card, or take the necessary steps to ensure they can vote on June 8.

“Registering to vote is quick and easy. You’ll just need your National Insurance number, date of birth and address to hand. Make your vote count on election day.”