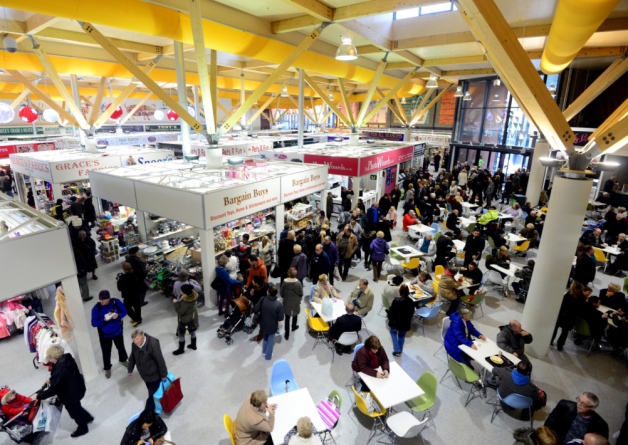 A stool was set up in the Moor Market for people to talk to social carers, who provided information about how dementia effects the lives of sufferers, and how the charity benefits them.

Phillip Destcroix, a dementia support manager, said that there were roughly “around 6000 people effected by dementia in Sheffield.”

He said: “Dementia use to be seen as a mental health problem that could be treated with all sorts of terrifying things.

“As a nation I think we are progressing with the ideas around things [support for sufferers].”

Mr Destcroix works as a team of five carers who work with 400 open dementia cases.

He also said that dementia “is the largest killer generically”, with 11.7% of people dying from dementia related diseases, and added that “It’s not going anywhere – there isn’t a cure.”

At the moment there are roughly around 850,000 people effected by dementia in the UK; by 2021 the number is expected to rise to a million, and will reach two million by 2050.

This week is dementia awareness week, and a variety of events will be held across Sheffield.

Tomorrow, the team will be running a spring fair, and on Friday they will be holding an information event at The Centre for Assistive Technology in Portobello to try and approach students.

Mr Destcroix will also be making an appearance on BBC Radio Sheffield between 9am-10am on Friday.

The Alzheimer’s Society was founded in the 1970’s by two dementia carers.

The society started as a support for carers, and it has grown into an organisation that looks at everybody who could be effected by dementia respectively.

He hopes that dementia awareness week will help bring dementia into the spotlight, with a particular focus on young people who are unware that “dementia is generational, and it’s a rising.”