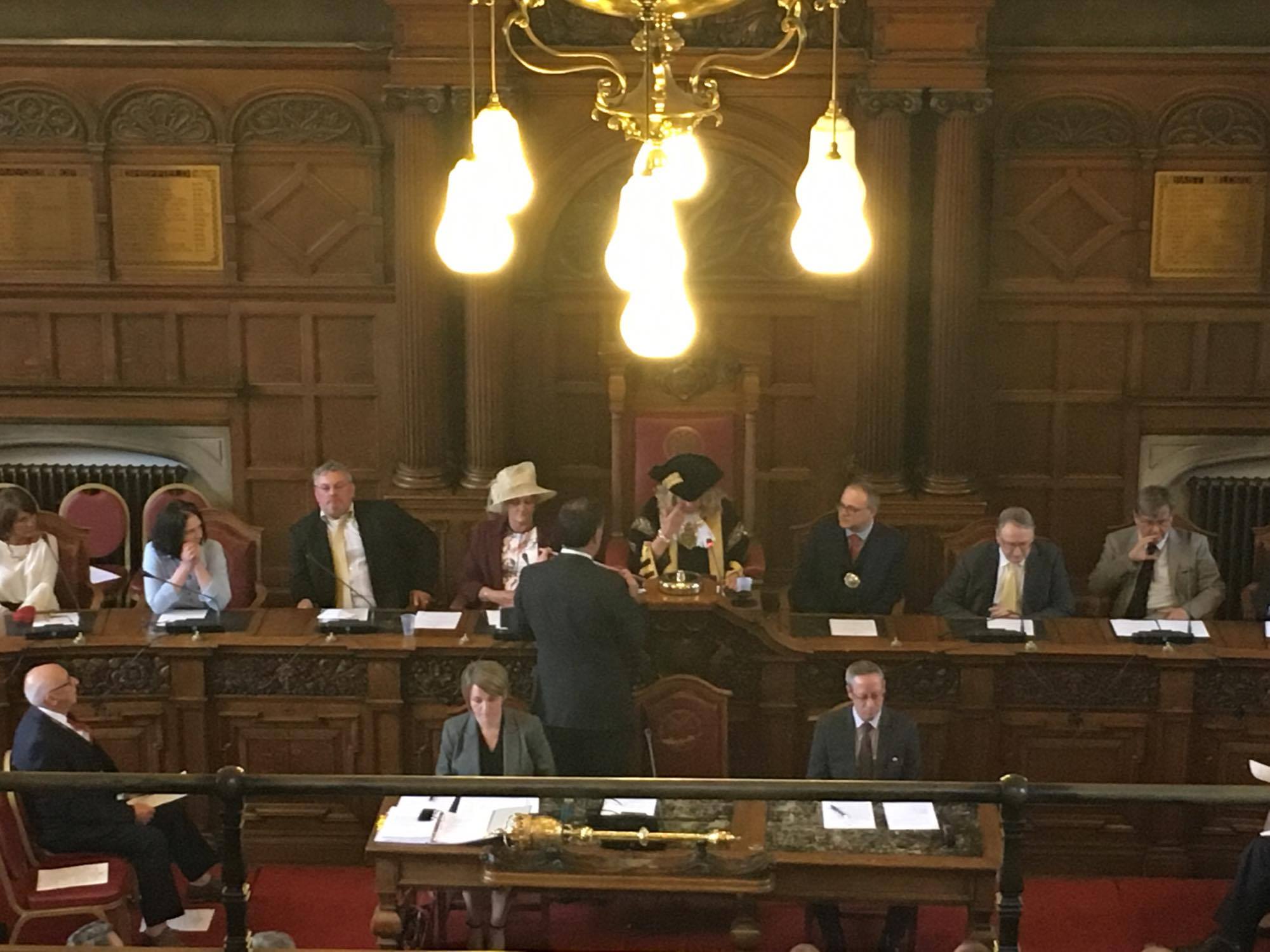 The new Lord Mayor was brought to tears during her inauguration speech earlier today.

Labours Coun Anne Murphy was emotional when speaking about her struggles with the loss of close family members and her kidney failure.

She lost her both her father and brother to cancer in the space of four years.

Murphy also suffers from type one diabetes and has recently had her second pancreas transplant after her previous one failed in 2015.

She said: “It was the most challenging experience of my life.”

In her time in office, the new Lord Mayor hopes to raise money for charities that have helped her and her family in the past, such as the Renal Department of the Northern General Hospital.

Her speech as the new Mayor highlighted her childhood in Sheffield and how her father worked in the steel industry.

The previous Lord Mayor, Coun Denise Fox, expressed her goodwill to Mrs Murphy and said: “I have had a brilliant time being the Lord Mayor and have met some excellent people.”

Mrs Fox was a pioneer for connecting to the Sheffield public via social media and announced that she has raised a total of £24,000 through her charity efforts.

Bryan Lodge, a Labour Coun, said: “Denise had all of the qualities that are essential for being the Lord Mayor and I believe that Anne will continue her legacy greatly.”

The new Lord Mayor ended her speech by anticipating the events ahead of her which include the  Special Olympics in Sheffield this summer, where she will be opening the event and handing out medals.

The new Lord Mayor’s Civic Service will be held at the Cathedral Church of St Marie on Sunday 21 May at 10.30am.