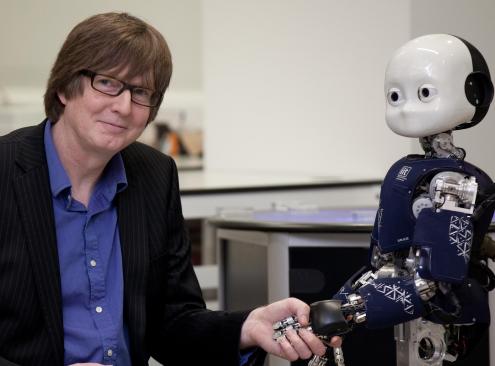 The Pint of Science festival is under way across the UK and Sheffield is one of the host cities.

Six pubs across the city centre have been the venues for a variety of science based talks and demonstrations.

Couch café on Campo Lane, Sheffield, is one of those venues and Professor Tony Prescott will be hosting the ‘It’s alive! Organic or synthetic?’ talk tonight.

The focus will be on robotics and staff at Couch café are looking forward to the event which starts at 7pm.

Staff member, Hazim Farrel, said: “It’s quite exciting, and not just for the students, but for the general public.”

He added: “Everybody has been getting involved, and there’s been lots of cool props. There’s a robot arm for tonight’s talk so it should be really interesting.”

Last night, at Sheffield Tap, Dr Andrew Parnell was among the scientists delivering talks at the Animal Planet demonstration.

Spectators were able to join in by making models of butterflies, and were asked to guess which animal a variety a skulls belonged to.

The talks have been delivered by scientists, some from the University of Sheffield, and have covered a wide range of subjects.

Information on the festival, including where to book tickets for tonight’s talks can be found on https://pintofscience.co.uk/events/sheffield