Alzheimer’s art exhibition on show at The Moor 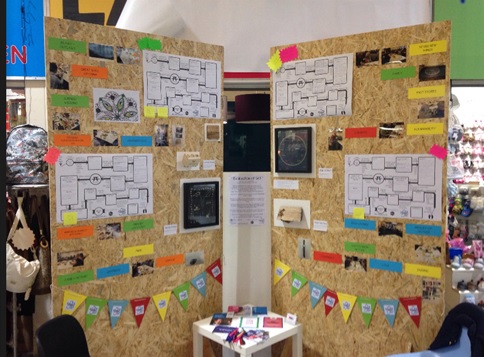 All this week as part of Dementia Awareness Week, artwork created by people aged 50-64 who suffer with dementia from Sheffield was showcased at The Moor market in the city centre.

The group comprises of 35 dementia patients along with their carers, it aims to prove that you can live well with dementia and have fun.

There is even a WhatsApp group set up for the carers so they can speak to people in the same situation.

Group co-ordinator Anna Parker’s Mum was diagnosed with early onset dementia four years ago and she now works as her Mother’s carer alongside organising the project.

When Anna saw the job advertised she said she thought ‘wow that’s brilliant, that needs to exist.’

In the last few years since becoming a carer she said her life has changed dramatically.

She added ‘I’ve lost a lot of friends not because of animosity but because they don’t know how to talk to me, I had to stop doing the job I was doing as it was too stressful and they didn’t understand.’

150 families in Sheffield are effected by early onset Alzheimer’s.

Early onset is defined as suffering with dementia when you’re under the age of 65. It is extremely rare and only makes up  4% of total Alzheimer’s patients.

The project is initially a year-long scheme which was started earlier this year and allows the patients to express themselves in different ways.

The group not only run an art club, they also run a film club, visited museums and the theatre and have gone on trips to the seaside.

Anna said ‘anything anyone wants to do in the group, we try and realise it together.’

More details about the group and Dementia Awareness Week can be found here https://www.alzheimers.org.uk/