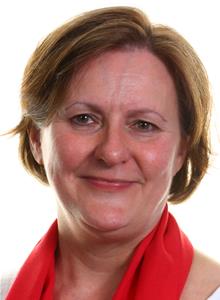 Following the installation of the new Lord and Deputy Mayors, the focus turned to electing a leader and cabinet for the town’s council.

Councillor Dore was the only candidate to be nominated and proceedings were a formality.

She has held the position since May 2011 when she was first appointed by the electorate.

Coun Dore was born and raised in Sheffield and has lived in the city all of her life. She has been in office since 2000 when she was chosen to represent the Park and Arbourthorne ward.

Fellow Councillor Chris Rosling-Josephs has worked alongside Coun Dore for 17 years and he was keen to praise the job she has done for the city:

“It’s probably one of the simplest decisions I have made this year.

Julie has been our leader for a number of years. We have tradition in Sheffield of selecting good, strong leaders and Julie is following in that tradition.”

Once the process was complete, the newly elected cabinet and shadow cabinet got down to business with the first council meeting of the new municipal year.

Items on the agenda included fixing the dates for the monthly meetings and appointing Chair and Deputy Chair of the council’s sub-committees.