Student house burgled, whilst residents were in the lounge 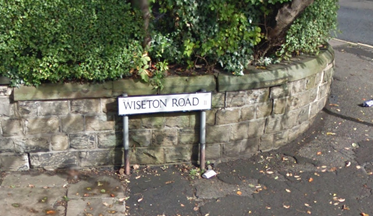 A student house was burgled on Sunday while all the residents were still inside.

Ben Hornett, 20, from Wisteon Road, just off Ecclesall Road, had over a £1000 worth of valuables stolen including his laptop and iPad.

The police went to inspect what had occurred and discovered that the burglars had snuck round the back gate and ripped open Ben’s window, which was on a protected lock.

Ben, an economics student at the University of Sheffield, describes the incident as “shocking”.

He continued: “All six of us were sitting in the lounge whilst this happened and initially I wasn’t too sure what to think, but as time went on and the police came round I was thinking more about how upset I was that someone came and invaded my personal space and property”.

The burglars are still yet to be caught.

The police said that this incident could be used as a warning to all students.  They need to make sure they lock their doors and windows at all times to prevent them being targeted.

Although Ben is disheartened about this event, he said he is quite happy with the area he lives in.

He said: “Although we don’t live in a very student area, I am very satisfied where I do live because we have families around us who have gave me their support after this incident.”