20mph speed limit to be rolled out in Sheffield City Centre 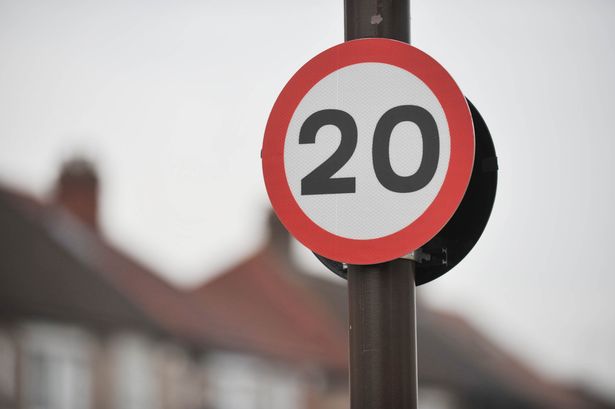 A 20mph speed limit will now be rolled out before the end of the year on hundreds of streets in Sheffield city centre in a bid to make roads safer, better for pedestrians and cyclists and to improve air quality.

Since Labour were elected to run Sheffield City Council in 2011 a series of measures have been undertaken to achieve their aim of establishing 20mph as the maximum speed for residential areas throughout Sheffield.

The consultation sought public feedback on Council plans to provide a new speeding zone on more than 300 roads in the middle of the city, encompassing nearly every street apart from a few major thoroughfares such as Arundel Gate, Derek Dooley Way and Sheaf Street.

The Council is also making plans for additional improvements to tackle congestion on the inner ring-road.

Over the recent months the city centre has witnessed an increasing number of traffic accidents and this is something the Council clearly wanted to address.

It is hoped that reducing the speed of traffic in residential areas will, in the long term, reduce the number and severity of accidents.

Labour Councillor for City Ward, Moya O’Rourke, was elected in 2015 and after many conversations with local residents it became apparent that there was an overwhelming majority who backed the plans.

She said, “Since my election I made a promise to the ward that I would make our city centre roads safer and more environmentally friendly – and I have been pushing for 20 mph zones in the centre to do just that.

“I’m delighted that so many residents in my ward contributed to the council’s public consultation. There is no way this policy would have got off the ground if there wasn’t such a strong will to make it happen by Labour councillors. It’s quite odd that the Sheffield’s Green Party are always trying to claim credit for the policy as, quite frankly, their involvement and relevance to this has been zero”.

This should also reduce the fear that accidents will take place, thereby, likely to lead to more sustainable modes of travel such as cycling being adopted – resulting in a more cohesive environment overall.

The restriction has already been introduced to success in areas such as Darnall, Gleadless Valley, Heeley and Stannington and now the city centre is to follow.

Councillor Jack Scott, Cabinet Member for Transport and Infrastructure at Sheffield City Council, said: “Anyone who’s been in our city centre recently will have seen that it is growing rapidly and for the better, with cranes, new shops and new developments. It needs to be a place where safety and sustainable travel are actively supported and encouraged.

“I’m pleased that the consultation was received so positively. This Labour Council is absolutely determined to improve road safety throughout the city and 20mph zones play a big role in this. Not only do speeds reduce in these areas, there’s a reduction in the severity of the accidents and an improvement in air quality”.

People against the 20mph speed limit argue the effect of the speeding zones will negatively affect air pollution.

In response Councillor Scott said: “I am aware of concerns that travelling at 20mph could negatively affect air quality. However, the evidence actually shows that at a constant lower speed a driver will use less fuel, and safer roads should mean more people taking up walking and cycling instead. I am absolutely committed to improving safety on our roads and taking real action to improve Sheffield’s air quality. Pleasingly, this measure should help in both of these respects in City Ward”.